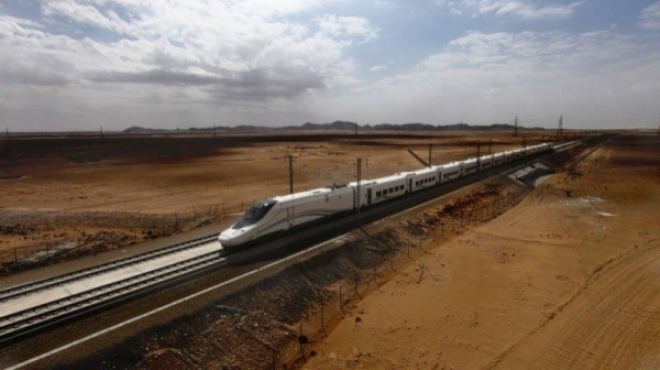 JEDDAH — The Haramain High Speed Train will operate 50 services per day to transport a total of more than 625,000 passengers during the holy month of Ramadan.

The Haramain Railway connects the holy cities of Makkah and Madinah via Jeddah and King Abdullah Economic City (KAEC).

An official source at the Haramain Railway told Okaz/Saudi Gazette that the services will be from Makkah to Madinah and back, passing through the Sulaymaniyah Central Station, Jeddah and KAEC station in Rabigh. There will also be services between King Abdulaziz International Airport, Jeddah, to Makkah and Madinah, passing through King Abdullah Economic City.

There has been a 35 percent increase in demand for Haramain Train services over the past few months, the source said, adding that there is a possibility of increasing the number of services or doubling of trains if the demand witnesses a steady growth during the holy month.