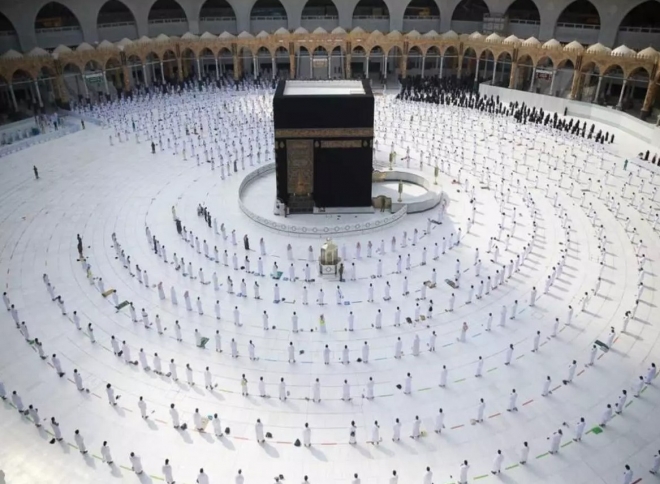 Srinagar: Private Hajj and Umrah operators said the annual pilgrimage from the Valley is likely to cost Rs six lakh this year.

“This year, a Hajj package (private) from Kashmir is expected to start from around Rs. 6 lakhs to 6.5 lakhs. However, we are waiting for an official order about Hajj commencement after which we will reveal the exact rates. People who want to perform Hajj through private operators should contact registered companies only and beware of fraudulent operators,” Jammu Kashmir Association of Hajj Umrah Companies (JKAHUC) general secretary Mohammad Younis told The Kashmir Monitor.

“It is expected later this week or next week,” the Executive Officer Hajj Committee of J&K told The Kashmir Monitor.

Around 11,000 pilgrims from Jammu and Kashmir and Ladakh had registered for the Hajj this year. The Haj pilgrimage had remained suspended from here for the last two years due to the COVID-19 pandemic.

Union Minorities Affairs Minister Mukhtar Abbas Naqvi had revealed in the Lok Sabha on Thursday last that the government was waiting for a formal order from Saudi Arabia regarding the commencement of the holy pilgrimage. However, he further stated that the preparations to send pilgrims from 10 embarking points had started.

“We want Hajj to happen this year. But it depends on the Saudi Arabia government, what decision they take. But on our own, we have started preparations in 10 embarking points, out of the 21,” he had said during the Question Hour.

Pertinently, Umrah from the Valley had been suspended in March 2020 after the outbreak of the Coronavirus pandemic. The first batch of pilgrims had left Srinagar city for performing Umrah on January 23 after around two years.


⇐ Previous:
Saudi Arabia enables holders of all types of visas to book Umrah before entering Kingdom
Next: ⇒
Haj quota for M’sians may not increase this year