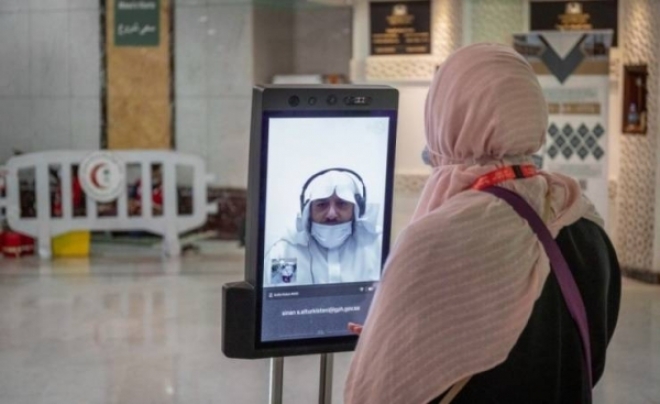 MAKKAH — The General Presidency for the Affairs of the Grand Mosque and the Prophet’s Mosque has allocated, in several sites as well as women’s praying sections at the Grand Mosque, smart guidance robots to issue fatwas.

The robots also provide necessary information, clarify rituals performance, highlight fatwas, and answer inquiries by visitors by communicating remotely with scholars. Another feature of the robot is the possibility of live interpretation and translation in multiple languages.

It runs on four wheels equipped with a smart stop system, allowing smooth and flexible movement, with a system of high-resolution front and bottom cameras in image transmission, which allows it to capture a surround image of the place, high-definition headphones, and a microphone with high capture quality.

It also works on a wireless network system “Wi-Fi” at a speed of 5 GHz, enabling fast and high data transmission. — SG