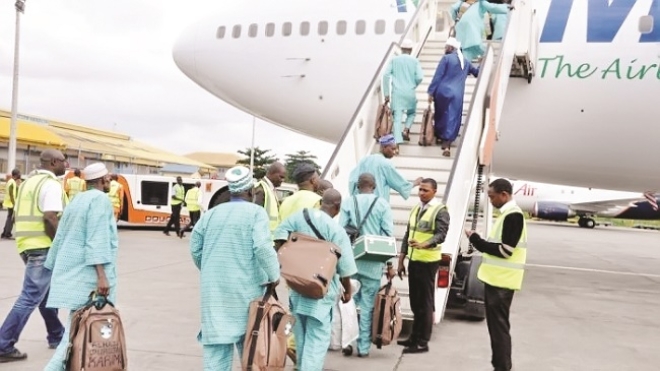 ‘THE stakes are high’ goes the cliche. To start with, this is the first Hajj of the fourth board of the National Hajj Commission of Nigeria (NAHCON), two years after coming into office.

Secondly, it is an atypical Hajj after a pandemic that upended the standard system of Hajj operation by the host country.

Thirdly, the number of Hajj applicants is overwhelming with quota decimated. Fourthly, the pandemic, again, came with a cash crunch which hindered the customary method of disbursement where the commission pays for essential services in advance to minimise rush hour higher costs.

To make the cash palaver worse, the Naira has been on a steady crash for some time. Fifthly, no time.

The Kingdom of Saudi Arabia announced its volte-face on Hajj for foreign pilgrims belatedly, forcing even well-grounded Hajj missions to falter. So far, apart from Malaysia and Indonesia (incidentally the two countries solidly shielded by Hajj savings scheme shock absorbers), no Hajj-participating country has not meandered yet.

Indonesia, the country with the largest Hajj contingent, is having a beautiful dance with no visible missteps, so also Malaysia that has gone begging for additional Hajj slots because its Tabung Hajji has set it on the path of long-lasting preparedness.

For NAHCON, the Hajj fare gave the first scary signal. That has now been tamed, glory to the Highest. Alhaji Zikrullah Kunle Hassan, NAHCON’s chairman, appealed for the solidarity of service providers to shelve any increase in the cost of services in consideration of the country’s Hujjaj whose two-year redundant Hajj funds had been affected by devaluation.

He begged accommodation providers to accept an amount lower than 2019 fees in support of Nigerian pilgrims. To this demand, they bowed without compromising standard.

In summary, Nigerian pilgrims will pay less for accommodation this year, though it is supposed to cost more due to the new policy of four pilgrims per room.

With the collaboration of state pilgrims welfare boards’ officials, the NAHCON board led by its chairman painstakingly insisted that where charges would not be lowered, they would not exceed the former costs.

This was done with concern for the plight of 2022 pilgrims. It was this same narrative at the car syndicate as it was with United Agents as well as air fare. But for the fixed costs of Saudi Arabia’s Hajj charges, the song would have been entirely different.

However, it still holds a happy tune.

Compare outcome of NAHCON’s scalable solutions to the news coming from Sri Lanka, where the country’s relevant authorities comprising several parties among which are the National Hajj Committee, Hajj Tour Operators Association of Sri Lanka, and the Muslim Religious and Cultural Affairs Department, decided to forgo participation in this year’s Hajj despite being allocated 1,585 slots due to high cost of the pilgrimage to the country.

On new policies bound to affect arithmetic of this year’s Hajj such as 72 hours mandatory COVID-19 PCR test, NAHCON is negotiating for government’s intervention in the screening expenditure. The outcome of the request is still being awaited.

Similarly, it was agreed between NAHCON and the Mu’assasa (National Tawafa Company for Pilgrims of Non-African Countries) that due to time constraint, the commission would not take over custody of pilgrims’ passports from the company as being proposed by the Saudi government. Instead, this year, assigned members from NAHCON would be attached to conduct an on-the-job study of the Mu’assasa’s modus operandi in passport documentation commensurate with pilgrim’s organisation and movement.

It will be recalled that the establishment had earlier informed NAHCON leadership that pilgrims would be grouped around 45 to a group with a supervisor who would also be liaising with a Mu’assasa supervisor.

The supervisor, expected to know the details and whereabouts of all his team members, would be custodian of their passports and will be answerable should any of his members be missing.

Thoughtfully, the commission’s altruistic motive in delaying the total transfer of the responsibility this year is to give its staff chance to familiarise with the process to avoid a take-off collision.

Another headache that almost caused NAHCON to hyperventilate was dealing with limited number of slots amidst high demand.

From the onset, the commission had discreetly set its antidote to the long foreseen malaise. Slots should be allocated on a first-come-first-served basis.

This would especially be easy where the enrollment system is computerised. With a heavy sigh of relief, stakeholders in the Hajj industry cooperated. So far, there have not been reports of any wrangling on slots entitlement.

Now, the commission is in the mop-up stage and these results are harbingers of hope that despite the thick smoke of suspense, Nigerian Muslim pilgrims will enjoy 2022 Hajj like the rain that comes after the storm.