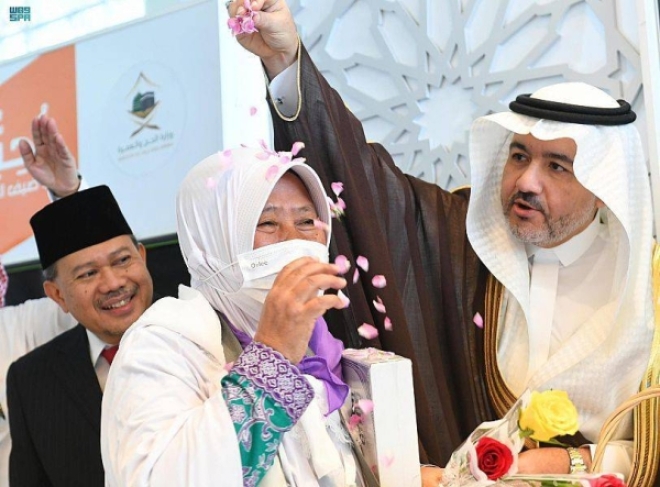 The pilgrims were received by Mohammed Al-Bijawe, indersecretary of the Ministry of Hajj and Umrah for Visit Affairs, Indonesian ambassador to Saudi Arabia Dr. Abdulaziz Ahmed and a number of officials.

The pilgrims were greeted warmly and offered rose bouquet. — SPA