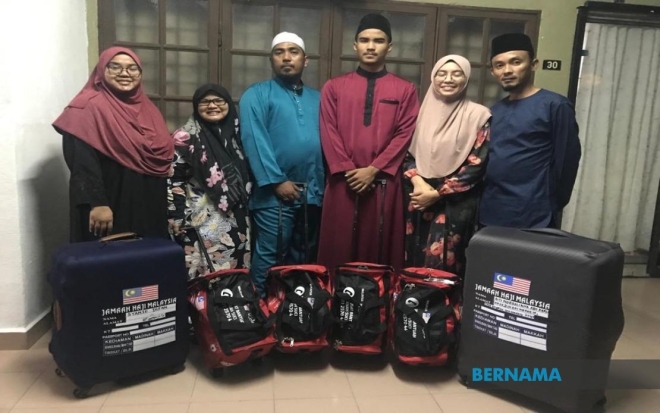 SEREMBAN: Four siblings here were delighted to learn that their long-time dream of performing the Haj together would come true after they were selected to perform the pilgrimage together this year.

Expressing her gratitude, Siti Norsaliana Abu Khalid, 35, said it was a blessing for her and her three siblings; Muhammad Saffuan, 34, Siti Norkhariah, 27, and Muhammad Syahid, 18, after they started saving in 2008 and registering for the Haj together.

Siti Norsaliana will also be joined by her husband, Mohd Zamzuri Ali, 36 and her sister-in-law Siti Analiza Mak Tapin, 34.

"I have another brother who was also accepted to perform Haj this year but he had just undergone knee surgery and had to turn it down.

"My parents also received an offer to perform the Haj but since they have performed it before, they declined as they wanted to give others the opportunity," the eldest child told Bernama here today.

Siti Norsaliana, who lives in Taman Kobena, Senawang, said she and her siblings were shocked after receiving a letter to perform the fifth Pillar of Islam last April but admitted that she was excited since all the preparations had been made since Aidlfitri.

Siti Norsaliana added that they were scheduled to depart for Makkah at noon tomorrow from the Kuala Lumpur International Airport (KLIA).--BERNAMA