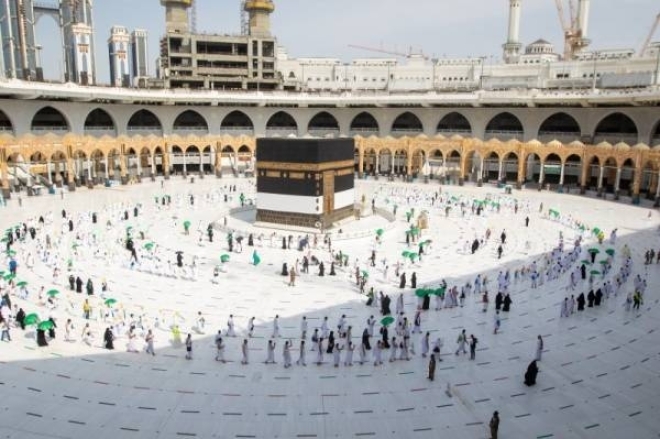 RIYADH — The Ministry of Hajj and Umrah announced the end of the registration process for the Hajj from the domestic pilgrims through the electronic path and Eatmarna application.

The ministry said that the announcement of the results of the draw of the pilgrims selected for the annual pilgrimage would be made public on Wednesday, May 15 (Dhul Qada 16).

It is noteworthy that the Ministry of Hajj and Umrah opened registration for domestic pilgrims on June 3 that ran through until June 11.

The number of applicants wishing to perform Hajj ritual this year from within the Kingdom has exceeded 390,000 requests through the Eatmarna app and the e-track for domestic pilgrims, according to Hisham Saeed, spokesperson of the ministry.

“After June 11, the sorting and the e-draw process will begin to select pilgrims who meet with the requirements that have been previously announced by the ministry,” he said.

He added that the selection of candidates would be done by e-draw with priority given to those who have not performed Hajj earlier.

Saeed clarified that the pilgrims who have successfully been nominated will receive a text message on their phones that they have been selected for the Hajj.

The nominators will be given 48 hours to complete the payment of the fees for the selected packages, after which the Hajj permits will be issued to them.