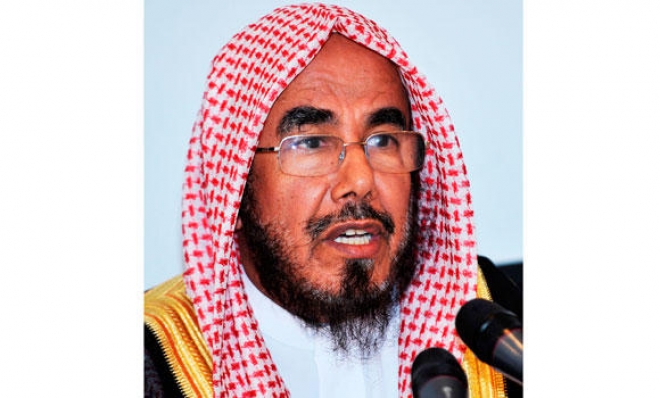 Pilgrims can borrow money from the government and banks to perform Haj, said Sheikh Abdullah Al-Mutlaq, a member of the Saudi Council of Senior Scholars.

“Debt that will be paid back in monthly installments through salary deductions does not hinder pilgrims from performing Haj,” he said. “Only debt owed to other people must be paid back before embarking on the spiritual journey.”

The Ministry of Haj, meanwhile, made available another 6,000 spots on the low-cost Haj program on Sunday. The ministry introduced a new service that will enable applicants to electronically cancel their reservations via the ministry portal.

Deputy Haj Minister Hussein Al-Sharif urged pilgrims who will no longer be going on Haj to cancel their reservations so that the slots become available for others.

The new deadline for making reservations with the program will be on the first day of Dhul-Hijjah.

Meanwhile, the holy site of Arafat, where more than two million pilgrims stand in prayer at the peak of the annual Haj pilgrimage, will have permanent fireproof tents next year like Mina, said Maj. Gen. Sulaiman Al-Amr, director-general of the Civil Defense Department.

“The fireproof tent project for Arafat will be implemented next year or the year after,” Al-Amr said in comments published on Sunday. He said specialized committees that were set up to conduct a study on the project have recommended its implementation.

The Arafat tents, to be designed like the Haj Terminal of King Abdulaziz International Airport, will have two floors and will accommodate nearly eight million pilgrims. The project is estimated to cost about SR2 billion.

Habeeb Zainul Abideen, undersecretary at the Ministry of Municipal and Rural Affairs, said the project would change the face of Arafat completely. “It will cover an area of eight million square meters,” he said, adding that the double-story tents would increase Arafat’s capacity by 71 percent.

Saud bin Hamdan Al-Dikri, director of projects at the ministry, said the Arafat tents would be fire-resistant with a minimum height of 15 meters. The ground floor of these tents will be for common and pedestrian use as well as for first aid, food, maintenance and cleaning services. “The project will eliminate the risk of fire hazards posed by cotton tents currently in use,” he added.

Some domestic Haj service firms, meanwhile, said they are planning to sign contracts with specialist companies to set up 100-percent heat-resistant German-made tents in Arafat. Some groups have invited bids for the purpose.

He said the Civil Defense has no objections on erecting the tents in Arafat so long as they comply with the safety regulations. Specialized companies set up 400,000 meters of tents for Tawafa organizations and domestic Haj service firms in Arafat during the last Haj season, one source said.