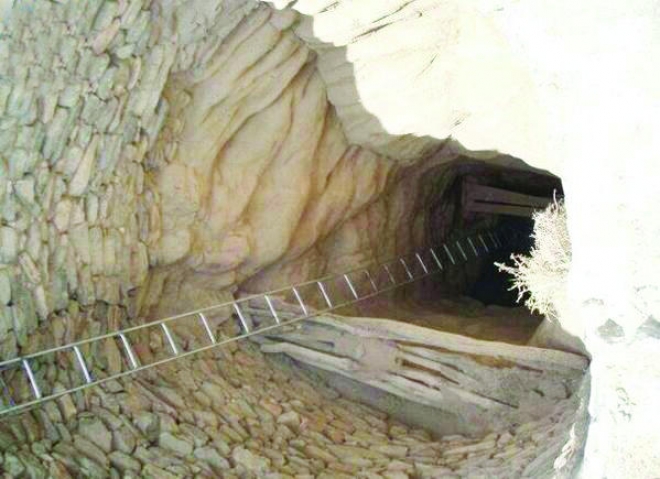 A group of young Saudi history enthusiasts has retraced the path of the People of the Elephant who tried to destroy the Holy Kaaba centuries ago.

The Holy Qur’an, in a short chapter, briefly refers to the story of the army of elephants led by Abraha Al-Ashram, who was a governor of Yemen. God destroyed Abraha and his army that included 13 elephants, by sending flocks of birds that dropped small stones on them.

“There never fell a stone on a soldier except it dissolved his flesh and burst it into pieces … Abraha Al-Ashram fled while his flesh was bursting into pieces and died on the way back to Yemen,” said the 14th century scholar Ibn Kathir, an authentic Qur’an commentator.

During their tiring journey across mountains and rough terrain, the young Saudi men took photographs of important landmarks, beginning from north of Najran, to the east of Asir, and then east of Baha.

Some of the most important historical sites along the way included inscriptions of elephants on rocks in the Al-Qahr Mountain, southeast of Tathlith; an old well in Hafaer, east of Asir; and a paved road near Kara in Aqeeq principality in the Baha region.

Mohammed Al-Amry, head of the geology department at King Saud University, said he had seen the path of Abraha and his army in Tathlith and Baha. “The army had passed the Arabian shield region comprising rocks and there were writings in the Humairiya language on some mountains,” he said.

According to historical Islamic sources, Abraha, who was a Christian, had thought of building a church similar to the Kaaba in Sanaa. He wanted the Arabs to perform the pilgrimage in Sanaa instead of Makkah, with the intention of diverting trade and benefits to Yemen. He presented the idea to the then king of Ethiopia who agreed to it.

Abraha built the church but the Arabs refused to come for pilgrimage in Sanaa. This infuriated him, prompting him to form an army to invade Makkah and demolish the Kaaba. He defeated all Arab armies on the way until he reached Makkah where he was attacked by the flocks of birds sent by the Almighty.