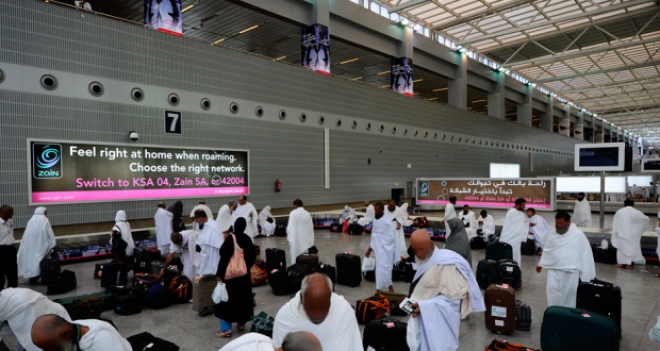 JEDDAH — As many as 5.2 million Umrah pilgrims have arrived and departed through King Abdulaziz International Airport (KAIA) in Jeddah since the beginning of the Umrah season on Nov. 1, according to the airport’s management.

He said all Umrah flights will be directed to Haj Terminal so as to expedite the immigration process.

“We are coordinating with all the concerned departments at the airport to ensure the safety and comfort of pilgrims,” he added.

Dheeb said the Umrah season will conclude on Shawwal 10 (July 4).

Air traffic has been further augmented by the entry of new air companies which are operating domestic and international flights to and from the airport.

According to Dheeb, the lounges of the Haj Terminal can accommodate up to 1,800 pilgrims an hour and are fully equipped to receive and serve all arriving and departing pilgrims.

“There are 27 government and private establishments involved in the service of pilgrims at the airport,” Dheeb said.

Meanwhile a total of 4,154,069 pilgrims arrived in Madinah since the beginning of the Umrah season.

Prince Muhammad Bin Abdul Aziz International Airport in Madinah received 6,546 Umrah flights with an increase of about 18.15 percent over their number last year.