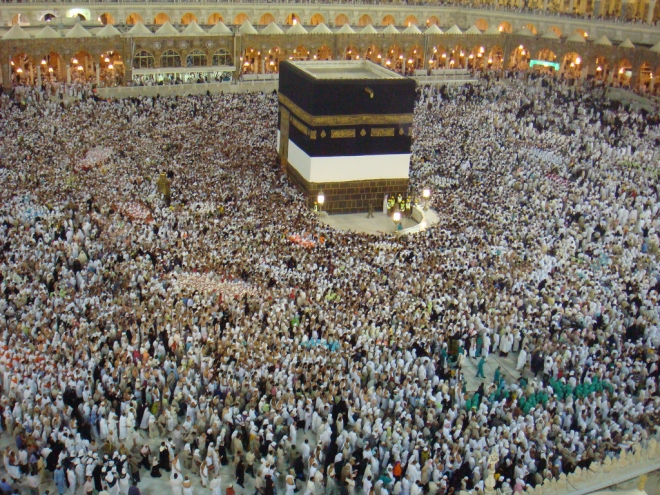 Riyadh: The Indian government is working on a mechanism where Haj pilgrims can perform their rituals at a reasonable cost, which also includes accommodation and travel to Saudi Arabia.

The panel, which is reviewing Indian Haj policy, is headed by former bureaucrat, Afzal Amanullah. The study has been completed and would submit the report within a month to the government, said Afzal Amanullah.

Addressing the media, he said that travel cost is a major factor and constitutes lion share for the Haj trip.

Meanwhile, Amanullah ruled out the possibility to have an open bidding at international level for airlines to ferry pilgrims as a bilateral Haj agreement between Saudi Arabia and India. He also said that India is facing difficulties in securing accommodation on a long term in holy cities of Makkah and Madina.

Amanullah and other members of the panel were in Saudi, who held talks with Haj operators and Indian officials with the regard to enhance the services for pilgrims. Indian Ambassador Ahmed Javed, Consul General Noor Rahman Sheikh and other officials were also present at the press conference.

The government has constituted committee headed by former bureaucrat, Afzal Amanullah to review the Haj policy between 2013- 17 and asked to suggest frame work for Haj Policy for the next five years 2018-22.

The government has constituted the committee aftermath of Hyderabad MP Asaduddin Owaisi’s suggestion for removal of subsidy to the Haj pilgrims.

He insisted to spend that amount on education of Muslim girls. Owaisi claimed that Haj subsidy of Rs 690 crore was given to Air India on the name of Haj subsidy and not the pilgrims.