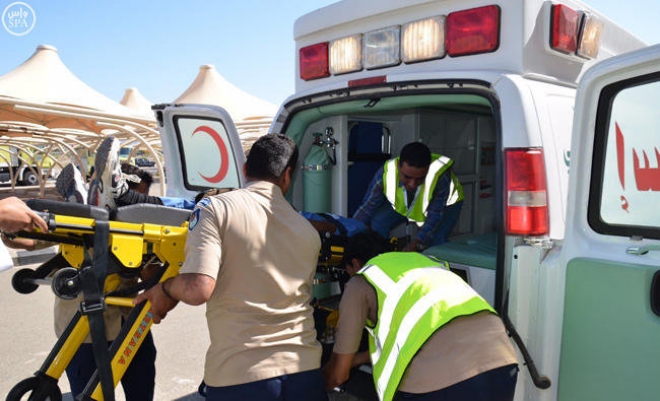 RIYADH: More than 1 million laboratory tests were conducted on pilgrims at Makkah hospitals during Ramadan, the Ministry of Health announced here on Friday.

According to figures revealed by the ministry, a total of 362,457 samples were received and 1 million clinical reports were disbursed by these hospitals during Ramadan.

An official from the ministry said that during the same period, blood banks in Makkah received 6,498 units of blood from voluntary donors among citizens and expatriates.

Meanwhile, the ministry declared that the Umrah season during Ramadan this year was free from epidemic diseases in the holy cities of Makkah and Madinah. A preventive plan set in place by the Agency for Public Health involved measures for disease prevention, surveillance and quick response to cases that could develop into epidemiological outbreaks.

The Makkah Health Affairs General Directorate has harnessed all capabilities for serving pilgrims around the clock. Health services are provided by the holy city’s seven hospitals, as well as King Abdullah Medical City, Ajyad and Al-Noor hospitals.

Millions of local and foreign pilgrims visit the holy mosque in Makkah for Umrah and Haj pilgrimages. The Ministry of Health implements a strategic program every year for Haj and Umrah seasons to cater the health needs of visitors.

According to the Makkah Health Affairs General Directorate, hospital and health facilities in Makkah treated 50,000 emergency cases during the first three weeks of the holy month. More than 5,000 patients were admitted to Makkah hospitals during this period, 27,000 patients were treated in clinics; and over 600 babies were delivered.