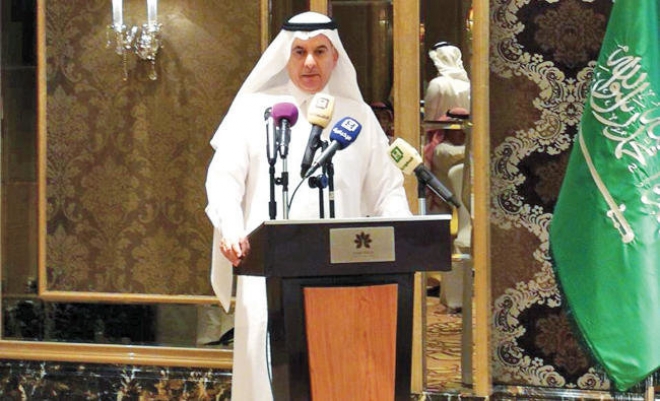 The water reservoir projects will be completed in three years, according to the contracts.

A similar project in Jeddah reached 97 percent completion of its first stage in January. Fawwaz Bahlas of the National Water Co. (NWC) said the company started executing the Jeddah project in 2012 for the water storage in the city to reach 4 million cubic meters. In the Eastern Province, the Water Service Administration announced the allocation of SR69 million ($18.4 million) for the region’s water-storage projects.

In a move to ensure an adequate water supply across the Kingdom, the Ministry of Environment, Water and Agriculture has mapped out new plans to ensure effective implementation and sustainability of a number of new and existing water projects.
The ministry will also rescind projects from defaulters, and issue warnings to contractors who have delayed projects without any legitimate reason.

“The ministry will take new measures for project execution and appoint young officials to achieve the goals of Vision 2030,” said a statement released by the ministry on Sunday. Some of the new measures include holding regular meetings with contractors, identifying reasons behind disruptions or delay of projects, and appointing good consultancy firms.

The Kingdom has launched 116 water supply and sanitation projects at a cumulative value of SR4.9 billion, which will establish plants for water purification and pumping, expand and develop treatment plants; and establish a number of water reservoirs. Another major initiative is to reuse wastewater across the country.

“Another initiative of the ministry is to promote awareness about conservation because water scarcity is one of the most significant challenges in Saudi Arabia and the wider Middle East region,” said Mohammed Al-Solaiman, a water expert.

“To achieve this, billions of dollars of long-term capital investments have been committed to water projects, while government agencies are working to educate people to reduce water consumption,” he added.


⇐ Previous:
WHO warns of cholera risk at annual hajj pilgrimage
Next: ⇒
14 mosques in Makkah being built in original architectural style