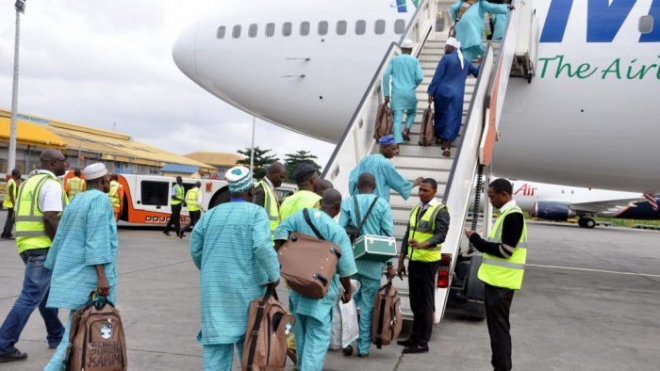 The country risks losing its allocation quota in subsequent years if it fails to fill up its 2017 quota, a statement by the national coordinator of the group, Ibrahim Muhammed, and publicity secretary, Abubakar Mahmoud, said.

“We are calling on NAHCON, States Muslim Pilgrims Welfare Boards and Agencies, hajj service providers, the media and hajj NGOs to embark on grass root campaign to encourage Nigerian intending pilgrims to expedite their hajj registration in order to avoid the consequences of Nigeria not utilising its 2017 hajj seat quota,” it said.

“Of the 75, 000 allocated to states, only 51, 000 has been utilised leaving 19, 000 seats unsold. The slow response of pilgrims is being attributed to the hope of possible government’s intervention of granting lower exchange rate to reduce the 2017 hajj fare,” the civil society said.

It also said the status of Nigeria as the country with the fourth largest pilgrims in the world and first in Africa will be quashed.

“The privileges enjoyed by our pilgrims before, owing to our status, will be taken away by other countries. The chances of securing hajj seat in Nigeria in the future will be slim. Hajj seat racketeering may return in full force and demands will triple supply in the future,” Independent Hajj Reporters said.

The statement said, “Indonesia, Pakistan, India, Iran and Bangladesh are always on the waiting list of countries demanding for more seats. If Nigeria fails to make use of its allocated slots, chances are that it will be grabbed by any of them.”

Airlift of Nigerian pilgrims to this year’s hajj has been scheduled to commence on July 30, less than two weeks from now.

“While we acknowledge the patriotic roles of the National Assembly on the issue of Hajj fare; we equally appeal to hajj stakeholders to utilise all communication channels to encourage pilgrims to pay with a promise of a refund in the event that government eventually grants a further concession,” the group said.