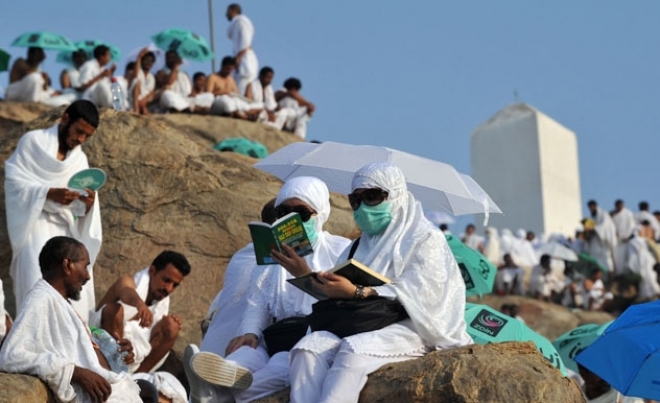 Mumbai: In a move which can stir another round of debate over rights of women in Islam, a committee formed by the Ministry of Minority Affairs to draft the Haj Policy for 2018-22 among other things proposed that women above 45 years of age should be allowed to travel to Makkah and perform Haj without a Mahram.

The committee headed by former secretary Afzal Amanullah which submitted its report to Minority Affairs Minister Mukhtar Abbas Naqvi recommended that if women above 45 years of age are traveling in a group of 4-5 they should be allowed to perform Hajj.

Islam makes it mandatory for women to accompany a Mahram if they are travelling to Makkah to perform Hajj. But there are certain relaxations in case of women above 45 years of age.

A Mahram in Islam is a male relative by blood.

"Women are required to travel for Hajj with a Mahram. Proof of kinship must be submitted with the application form.

"Any woman over the age of 45 may travel without a Mahram with an organized group, provided she submits a letter of no objection from her Mahram authorizing her to travel for Hajj with the named group. This letter should be notarized", Saudi government guidelines for Haj Visa says.

Despite this relaxation for the women above 45, the proposal may not go down well with the group of Muslims who are making hue and cry over the Supreme Court ruling banning instant or concurrent Triple Talaq.

Among other things the committee proposed in its Hajj Policy for 2018-22 is abolishing Hajj subsidy.

The committee also recommended that coupons for 'Adahi' (sacrifice of animals) be made compulsory for all the pilgrims and the quota of Mehram be increased from the present 200 to 500, according to PTI. It also sought that the special quota for Jammu and Kashmir be increased from 1,500 to 2,000. The committee also suggested that the number of embarkation points (EPs) be reduced from 21 to nine and those should be at Delhi, Lucknow, Kolkata, Ahmedabad, Mumbai, Chennai, Hyderabad, Bengaluru and Kochi. It also recommended that suitable Haj houses be built at these EPs, Mukhtar Abbas Naqvi is quoted by PTI as saying. For the tour operators, the committee suggested that the quota be distributed in a 70:30 ratio between the Haj Committee and private tour operators (PTOs). The PTOs should collect the full package cost from the pilgrims only through their bank accounts and render the details to the ministry before the departure of the pilgrims. The panel also recommended an amendment in the Haj Committee Act to extend 'Umra' and 'Ziyarat' to Syria, Iran Iraq and Jordan.

Interestingly, while the committee recommended abolishing Haj subsidy, a demand supported by the Muslims also, it is completely silent on the question why the airlines charged almost double the airfare when much cheaper air carriers are available.

More than 170,000 Muslims performed Haj in 2017 through Haj Committee of India and private tour operators.

The Haj Committee of India is expected to start registration of Haj pilgrims by December end or January first week.