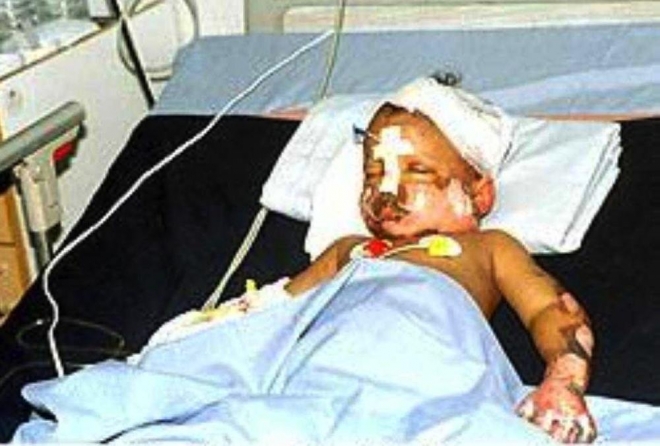 JEDDAH — The only survivor of a Sudanese plane crash back in 2003 is now 15 years old and had come to the Kingdom to perform Haj.

Mohammad Al-Fateh Othman was an infant in his mother’s arms when the Sudanese Airways plane traveling from Port Sudan to Khartoum crashed in July 2003. Everyone on the plane died except Othman. He was found by a worker near a tree.

Upon hearing the news, various businessmen and influential people financed his treatment leading to his recovery. They also covered his educational expenses until he became a student of information technology in Egypt.

Othman was invited by head of the Saudi Commission for Tourism Prince Sultan Bin Salman to come to Makkah for Haj. He was ecstatic upon hearing the news.

“I was over the moon when I received the invitation. I never had the chance to come to Saudi Arabia before and I can’t think of a better reason than to perform Haj. Don’t get me wrong I travelled to many places. People often assume that I have a phobia of planes because of the crash but I love being on airplanes and I don’t remember the crash. I was barely two years old,” said Othman.

Othman's father retold the day he lost his wife and was close to losing his son as well.

“My wife and Mohammad were flying over from Port Sudan and I had to stay at home to attend a family wedding and take care of my daughter Lina, who was only a few years old at the time. I heard about the devastating news. However, after long hours of silence one of the workers who was clearing the crash area heard an infant crying,” said the father.

The worker found Othman in a food cart used on the plane with water dripping on his bruised body.

“He was brought in and was sponsored to be treated in the best hospitals in Europe. We grew much close to the worker who saved my son’s life. His name is Qulai. He is now family to us and Mohammad is very attached to him. We are grateful and blessed to have the opportunity to come here and perform Haj,” said the father.


⇐ Previous:
Nearly 25,000 Russians to Perform Hajj This Year
Next: ⇒
More than 200 Indonesians in Islamic University in Madinah