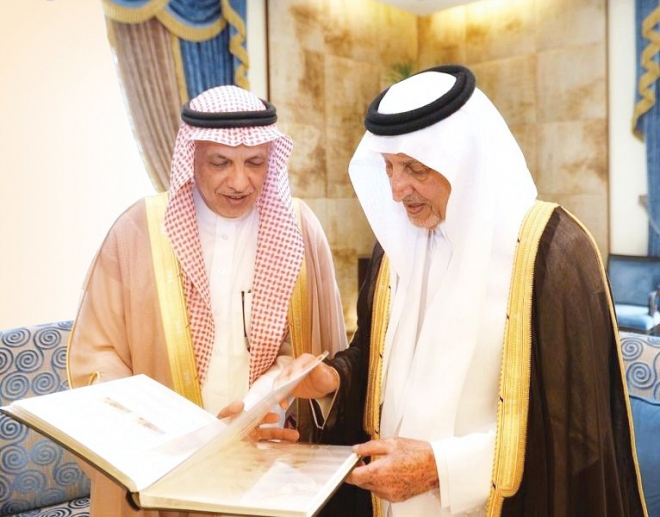 JEDDAH: The president of the Saudi Post Corporation (SPC), Mohammed Al-Abduljabbar, called on Makkah Gov. Prince Khaled Al-Faisal at his office in Jeddah on Monday.

The Makkah governor reviewed the corporation’s preparations to serve the Hajj pilgrims in Makkah and other holy sites.

Prince Khaled Al-Faisal was also briefed about the operational postal plan and the services and products to be offered to the pilgrims during this year’s Hajj season.

Al-Abduljabbar also presented a commemorative gift to the Makkah governor — a painting with Hajj 1439 AH stamp.