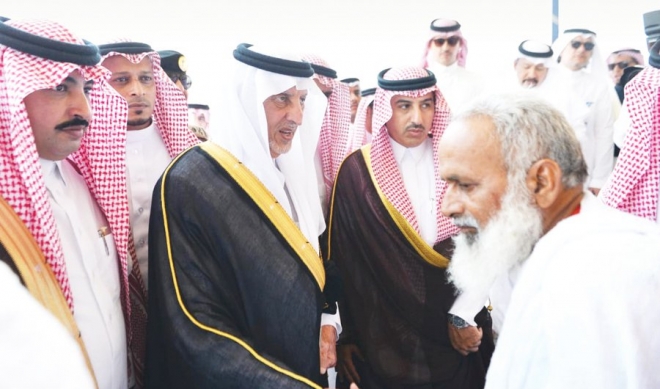 The center will be completed by next year under the direction of the Hajj Ministry and the Makkah Development Authority.

The center includes parking spaces that can accommodate more than four thousand vehicles.

Separately, Gen. Suleiman bin Abdullah Al-Omro, director-general of the Civil Defense, said on Monday that a general plan to cover emergency responses during the Hajj season has been put in place, ensuring safety for pilgrims and visitors to the Prophet’s Mosque.

He said that Civil Defense forces implementing the plan have started their missions in Makkah, Madinah and the holy sites, taking the required measures to preserve the safety of pilgrims and addressing possible risks worshippers might face during Hajj.

Authorities have deployed 18,000 officers and staff, supported by 3,000 vehicles, at the sites and roads visited by pilgrims, he said. Previous Hajj seasons had offered lessons on the development of units and squads, and the performance of awareness-raising missions, preventive supervision and other Civil Defense works, he said.

Makkah authorities have deployed all their administrative and technical cadres, adding up to more than 14,000 employees along with more than 400 mechanisms to implement the operational plan.