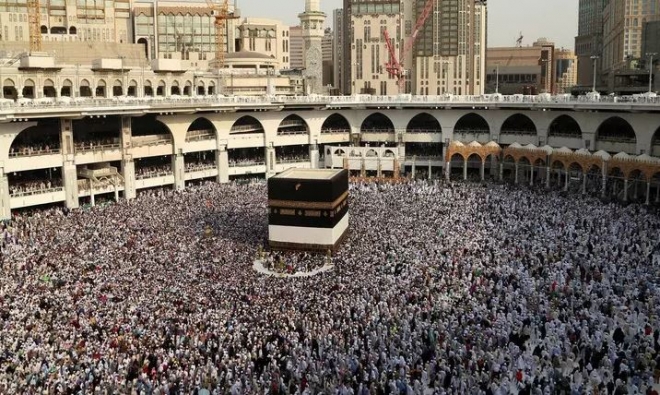 THE first group of pilgrims will travel across the border from Bahrain today as the annual Haj season starts.

A total of 5,625 pilgrims from Bahrain are expected to travel to Mecca this month via 59 registered Haj operators, which is a 21 per cent increase from last year.

Bahrain’s Haj Mission head Shaikh Adnan Al Qattan told the GDN yesterday that preparations for the season were underway and that all teams under the mission were “ready to start the pilgrimage”.

“The first set of pilgrims will leave today and the second set will leave on Saturday,” he said.

“Our mission headquarters in An Naseem, Mecca has a medical clinic and administrative offices to provide necessary services to the pilgrims.

“This year we have 5,625 pilgrims going in 59 caravans – last year it was 4,600 pilgrims. The number of extra pilgrims has been divided on the different caravans and the services provided will be monitored to ensure the best possible.

“We have committees for inspection and security to monitor the caravans to ensure the services are given in full and without compromise.”

The GDN reported on July 10 that the cap for Haj pilgrims this year was raised by 1,000 compared with last year. Haj quotas have been an issue since 2014 when Saudi Arabia’s Haj Ministry reduced the number of pilgrims from each country due to ongoing expansion projects, and as a result Bahrain’s quota dropped to as low as 3,700 but has been subsequently increased over the years.

Shaikh Al Qattan, who is also the chief imam and preacher at Ahmed Al Fateh Islamic Centre (Grand Mosque) in Juffair, said security measures have been put in place by authorities in Bahrain and Saudi to ensure a smooth pilgrimage.

“From the beginning of the month Umrah caravans have been stopped to ensure the road is clear for the Haj pilgrims and to ensure that people are all going legally,” he added.

“The security measures in Saudi Arabia is the same as every year; to make sure that pilgrims follow the rituals accordingly and ensure they stay away from political riots and illegal gatherings which do not serve the country.

“Pilgrims are urged to maintain discipline and stick just to the religious rituals and nothing else.”

Last week Saudi security authorities arrested 116 Indonesians during a raid on a shelter in Misfalah in Mecca for allegedly using illegal means to perform the pilgrimage. Five members from Bahrain’s Haj Medical Mission will also travel today to start initial preparations at three clinics in Mina, Arafa and Mecca, while the rest of the 32-member team will leave on Saturday.

They are part of the 120-member mission which include medics, security personnel and administrative staff.

“Pilgrims must make sure they have taken the Haj vaccinations to stay safe, however, there hasn’t been any notice of any epidemics this year,” explained Shaikh Al Qattan.

“Each year we work on developing the services further based on peoples’ requests for what is missing or what can be developed. In Medina there will be a medical clinic available for free treatment where any pilgrim can show them their identity and get free treatment.”

Shaikh Al Qattan will join the second group of pilgrims, who will depart Bahrain on Saturday and will head first to Medina and then to Mecca to inspect the caravans.

During the weekly Cabinet meeting, the Premier instructed the Haj delegation to remove potential obstacles that may face pilgrims and ensure they receive required services until they return to Bahrain. Pilgrims from Bahrain can contact the consulate in case of an emergency on 00966126076770 or the Foreign Ministry’s 24-hour helpline 17227555/17212006.