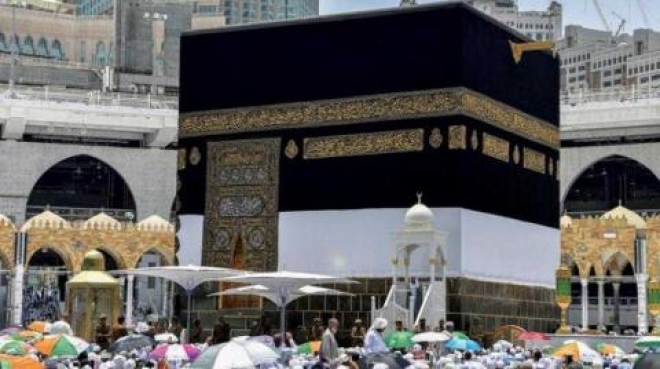 Saudi officials conducted an inspection campaign on Friday to go over preparations and services made ready for this year’s Hajj pilgrimage season. All government and private sectors were urged by Saudi authorities to do their best to serve the pilgrims in compliance with official directives.

Over one million pilgrims performed Friday prayers at the Grand Mosque of Makkah surrounded by a peaceful and pious ambiance supported by a comprehensive system of government services.

Hajj is an annual pilgrimage to Makkah, the holiest city for Muslims, and a mandatory religious duty for Muslims that must be carried out at least once in their lifetime.

Official data show that all government and private sectors, working under the direct supervision of Royal Adviser and Makkah Region Governor, Prince Khalid Al Faisal, have intensified their efforts for boosting local capacities and services.

He visited each of the Prince Mohammed Bin Abdulaziz International Airport in Madinah, which receives incoming pilgrims, National Adilla Establishment offices, as well as the inbound Hajj land station.

The minister reviewed the national Hajj work plan and staff. He urged everyone to multiply efforts and carry their assigned tasks with dedication for providing the best of services to pilgrims visiting one of Islam’s holiest sites.

More so, the Commission for the Promotion of Virtue and the Prevention of Vice (CPVPV) in Makkah assigned some of its employees to educate pilgrims on how to conduct themselves during Hajj rituals.

Assisted by a number of translators, they alert pilgrims to potential mistakes and violations that could occur at Mount Arafat.

Foreign Hajj pilgrims whether flying in, taking land routes or sea ports, reached 1,141,138 pilgrims by Thursday. Compared to the same period last year a 7 percent increase, which amounts to some 70,084 pilgrims, is registered.

Official data are issued by the General Directorate of Passports.