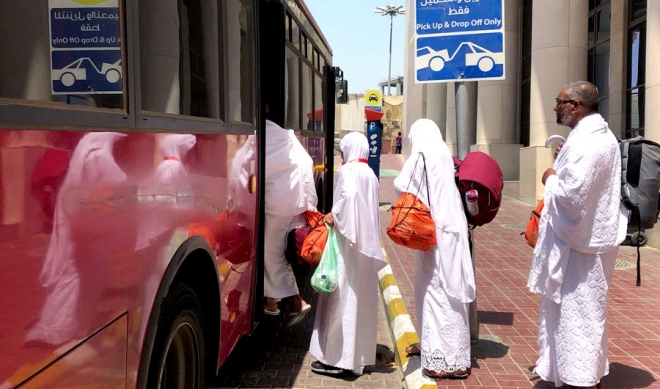 MAKKAH: The operation to transport pilgrims from the holy city of Makkah to Mina went successfully, the Hajj ministry said.

Abdulfattah Mashat, deputy minister of Hajj and Umrah, who was coordinating officials at the ministry with the preparation work for the coming days, hoped the rest of the Hajj operations would go smoothly.

“Transporting pilgrims was done in a very smooth and simple manner,” Mashat told Arab News, “17,000 busses were used to transport pilgrims from Makkah,” he added.

The deputy minister talked of the logistics of getting the pilgrim’s to their tents and the facilities provided to them.

Most pilgrims will leave the tented city in the morning on Monday for an emotional day on and around Jabal Rahma, on Arafat’s great plain.

The ministry has also urged the pilgrims to follow the scheduled provided to them to avoid the dangers caused by overcrowding.

Over 1.89 million Hajjis, both foreign and domestic, arrived in the holy city of Makkah, according to Saudi authorities.


⇐ Previous:
Fleet of electric vehicles and wheelchairs laid on for elderly and infirm pilgrims
Next: ⇒
Egyptian pilgrim who lost loved ones in Al-Rawda attack praises King Salman’s invitation