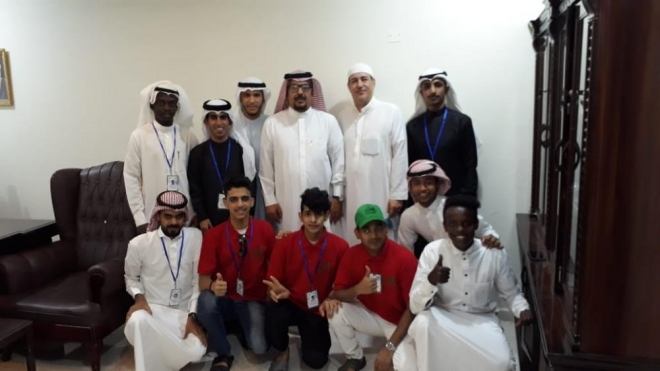 MAKKAH — Muhammad Tunisi, head of the field service office No. 159 for the pilgrims from the Arab countries, has set a unique model in serving Haj pilgrims. Nearly half of the staff at his office are people with special needs and they are doing a wonderful job with regard to serving the guests of God.

“I picked these people to employ at my office in my bid to instill in them self-confidence as well as to integrate them into the society and make them aware of their responsibility. This would of course help them to say goodbye to feelings of being marginalized in the society,” he told Saudi Gazette.

There are around 30 visually and hearing impaired people working at Tunisi’s office. “It was my daughter who gave me the motivation to hire this section of the society. She opted for the specialization titled ‘Learning difficulties’ for her university studies and learned sign language to deal with the deaf and dumb people as part of her studies,” he said. “I contacted one of these people through Facebook and asked him to appear for a personal interview. Through him, I managed to hire other staffers belonging to this category,” he said.

Tunisi praised the role of this group in carrying out community work promptly and their keenness in fulfilling the responsibilities entrusted to them apart from their dedication to work. “These staffers are being treated equally with other staffers in terms of their salary and allowances.”

Tunisi made headlines earlier also in taking similar unique initiatives. Earlier, he bought handicrafts from productive families to give them as gifts to the pilgrims.