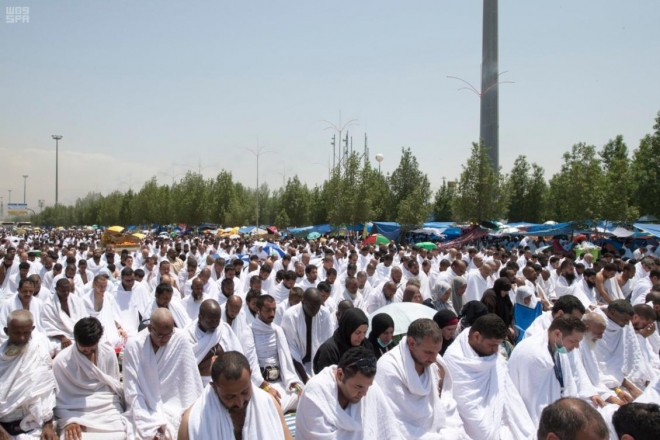 ARAFAT: On the most important day of Hajj, pilgrims flocked to Mount Arafat, but the high summer temperatures were a hindrance to those wanting to perform their religious obligation as Muslims.

But various organizations stepped in to help, providing help to pilgrims on Arafat. Umbrellas were distributed to provide shade and avoid heat stroke, there was also cold water to quench pilgrims’ thirst, as well as food and drink.

Copies of the Qur’an have also been distributed to help pilgrims perform an Islamic ritual that abolishes worshippers’ sins.