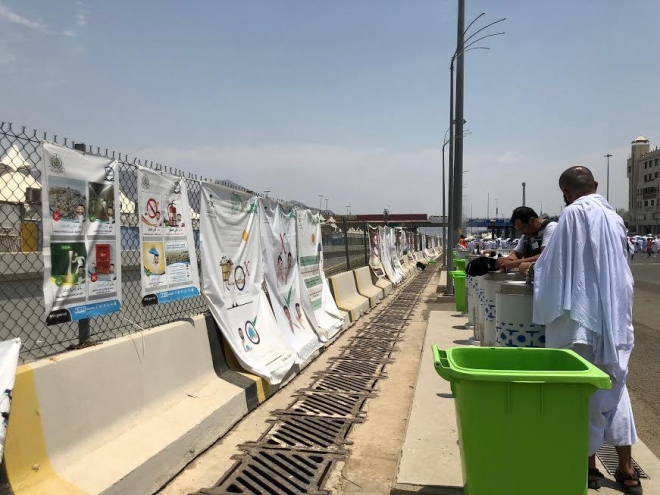 Mina welcomes pilgrims with signage in several languages — including Arabic, English, French, Urdu and Indonesian — on roadsides, above bridges and on camp gates.

Pilgrims from around the world flock to Mina every year to perform Hajj, and language differences can hinder communication.

Hence the use of signage in various languages to help pilgrims perform their rituals, find their lodgings and avoid wrong practices, among other things.

The ministry has launched the Manasikana smartphone app to provide pilgrims with services in eight languages, Mashat added.

The app informs pilgrims of grouping and transport plans, helps them find camps, lodgings and companions, and enables them to send reports and complaints to concerned authorities at the ministry.

The awareness campaign is part of the government’s efforts to provide high-quality services to enable the undertaking and completion of the pilgrimage safely and easily, Mashat said.