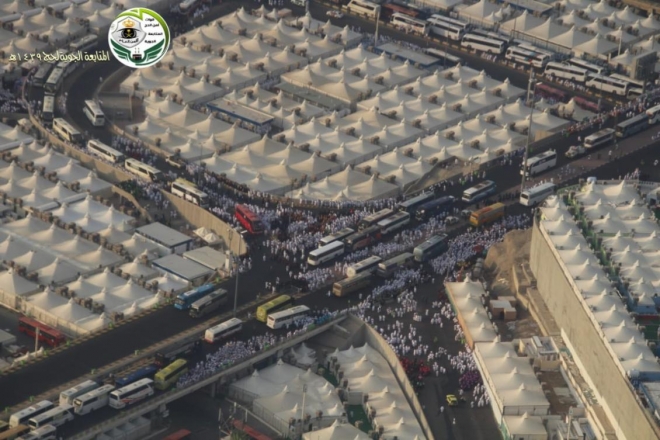 MINA: The General Security Aviation Command has increased the number of daily sorties over the holy sites during this year’s Hajj.

Assistant commander of the General Security Aviation Command. Col. Mizali Abdullah Abed Al-Wahab, said the missions are being implemented, including controlling the filtration points to prevent illegal pilgrims from entering the holy sites, along with monitoring remarks and documenting them with video cameras.

The missions also include direct coordination with the Command and Control center that handles the immediate assessment and processing of information to ensure the security of pilgrims, he said.

He added: “Several coordination meetings were also held with the commands of other Hajj Security Forces branches that discussed the work mechanism according to the roles and missions.”

Al-Wahab said that the command is flying an average of 10 daily sorties over the holy sites, that have been intensified as of Aug. 20.