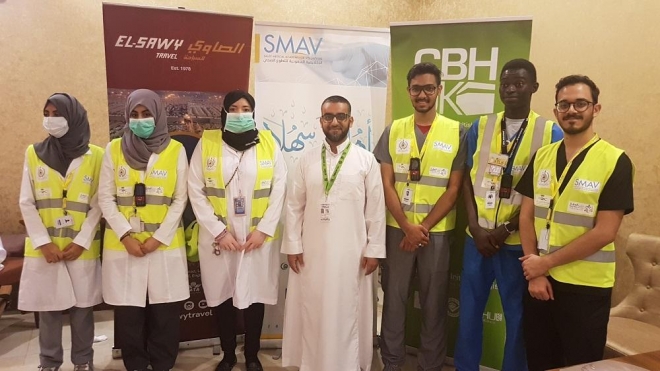 JEDDAH: A team of volunteers from the Council of British Hajjis is working in Saudi Arabia to help and support pilgrims from the UK. In addition to general assistance, they can arrange medical treatment and are offering general health advice.

Rashid Mogradia, the CEO and founder of the council, which is Britain’s national Hajj charity, praised the improvements made by Saudi authorities this year.

“It is an absolute honor once again to be here in the Kingdom of Saudi Arabia to serve the guests of Almighty Allah,” he said. “There have been some significant developments by the Saudi authorities, from air-conditioned tents in Mina to mobile-phone apps, which all helped pilgrims achieve a positive and memorable Hajj experience."

Mogradia said that there had been no problems among the British pilgrims.

“Despite the heavy sandstorm on Sunday night, the stay in Mina and the day of Arafat have gone smoothly, and as pilgrims continue their rituals over the coming days, I would like to wish Muslims in the UK and across the world Eid Mubarak,” he added.

Pakistani-born British MP Yasmin Qureshi, the chairwoman of the All-Party Parliamentary Group on Hajj & Umrah, said that the council is also exploring ways to improve the services offered to pilgrims.

“They will ... be carrying out out field research that will help the cross-party group understand the needs of the pilgrims and any support afforded to British nationals, and how it can be further improved for a memorable Hajj experience. I wish all pilgrims a Hajj Mabroor — an accepted Hajj.”

The council’s team arrived in Saudi Arabia on Aug. 14 and will remain there until Aug. 28. Representatives from the British Consulate in Jeddah are also visiting camps hosting British citizens to offer assistance.