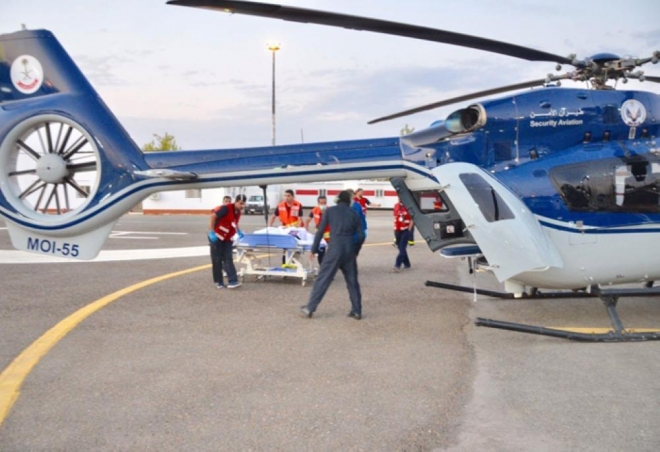 MAKKAH — The emergency medical wing under the Saudi Red Crescent Authority airlifted a sick Indian woman pilgrim on the Arafat day to the nearest hospital.

The aged pilgrim suffered a stroke when she was performing the ritual of standing at Arafat on Monday. When the medical team attempted to airlift her, she refused thinking that she needed to pay for it.

When the medical team told her that the expense for the airlifting would be met by the Saudi government, she was so happy and wept for joy, according to a report, carried by the Saudi Press Agency.