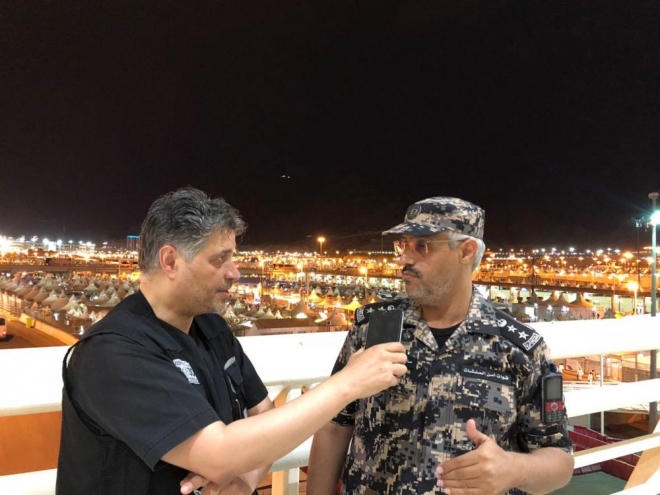 MINA — Col. Salim Al-Subaie, assistant commander of the Mashaer train and stations in Mina, said the security of the establishments had started on Monday, Dhul Hijja 9 (August 20) and will continue until Friday which is the third and final Tashriq day.

He told Saudi Gazette that the three train stations in Mina can together accommodate up to 360,000 passengers.

He said the station No. 2 in Mina has four automatic doors through which the train will pass and warned that no pilgrim without a ticket would be allowed to enter into any of the stations to board the train.

Al-Subaie said his forces are checking every passenger pilgrim to make sure that he/she has the ticket, which is in the form of a bracelet.

The tickets are issued only to the Haj companies and the tawafa establishments to distribute among their pilgrims.

He said they have carried out a lot of drills for the grouping of the pilgrims and the evacuation of the train and stations during emergencies.