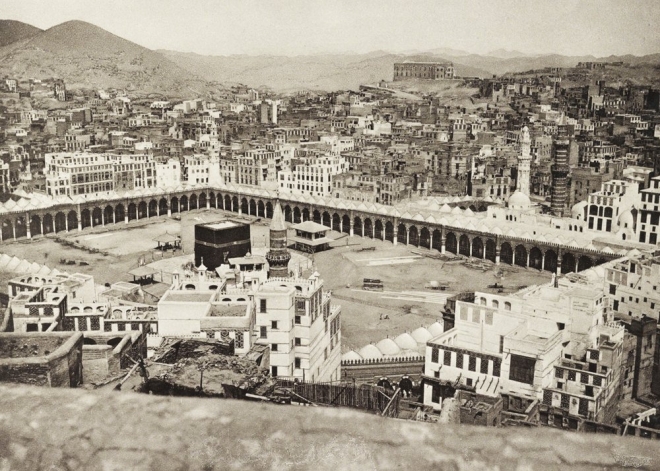 JEDDAH: Little is known about Abdul Ghaffar, the first photographer to capture images of Makkah, yet his evocative portraits of the Hajj season stand as a fitting tribute almost 130 years later.

Ghaffar recorded his experiences in Makkah between 1884-1885 in diaries and correspondences with his mentor, the Dutch scholar Christiaan Snouck Hurgronje.

When they met in Makkah, Ghaffar already practiced photography, but with a little systematic approach to his subjects, Hurgronje said.

Between 1886 and 1889, Ghaffar shot around 250 photographs of Makkah and its inhabitants, as well as the first photographs of pilgrims during the Hajj season. Hurgronje was the first to admit that Ghaffar’s work displayed considerable artistic talent.

Aside from his love for photography, Ghaffar worked as a dentist, watchmaker, gunmaker and a smelter for gold and silver.

However, his greatest interest lay in the modern photography techniques introduced by Hurgronje. Ghaffar was eager to learn more, and so offered Hurgronje the use of his own photography studio.

After Hurgronje was forced to leave the Arabian Peninsula, Ghaffar used the albumen print and 144 glass plates — a medium preceding film — that the Dutchman had left behind.

Hurgronje believed that by leaving these “gifts” he would be able to manipulate the material Ghaffar shot.

Ghaffar did share his photos with Hurgronje, and it was clear that his work was influenced by his continuing correspondence with the Dutch photographer. However, he did not agree to Hurgronje’s wishes.

Hurgronje wanted images of the locals in Makkah to support his work describing women, slaves, the poor, and other anthropological elements. Ghaffar provided only a few of those, choosing to capture whatever caught his eye instead.

The mysterious photographer sent more than 250 printed photographs to Hurgronje in 15 shipments between 1886 and 1889. Hurgronje published many of these in his own books.

Ghaffar’s remaining unpublished works, or at least the images attributed to him, are preserved in the Leiden University Library in the Netherlands in the archives of Snouck Hurgronje — again listed as works under the Dutch photographer’s name.

In an 1889 publication, which featured the first large collection of photographs of pilgrims during the Hajj season, Hurgronje mentioned Ghaffar only as “a doctor from Makkah, whom I educated.”

Today, the images speak for themselves, offering an alternative to the common depiction of the Arabic Peninsula from that era.

The entire collection is valued at up £120,000 ($160,000), and includes the first photograph of Kiswat Al-Kaaba in Makkah, images of the mosque and the Holy Kaaba, the tents of pilgrims in Mount Arafat and a painting at the the Prophet’s Mosque in Madinah.