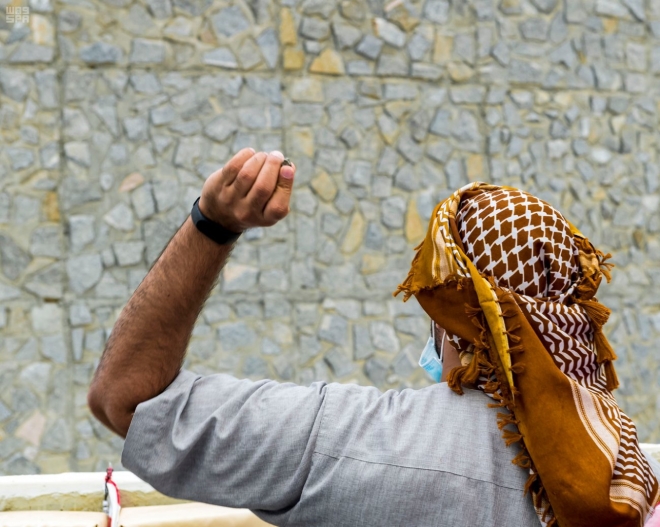 MINA: As sunset came to Mina on Thursday, the second day of Tashreeq, some 166,017,250 stones had been thrown at the Jamarat during the ritual ‘Stoning of the Devil’ over Eid-Al-Adha and the first two days of Tashreeq.

Thursday saw “huge numbers of pilgrims” —  around 1.6 million —  stoning the three pillars and performing Tawaaf prayers in the Grand Mosque, according to Col. Tariq Al-Ghabban, director of the Command and Control Center.

Al-Ghabban said that plans had been put in place to ensure the mosque was able to accommodate the massive influx of pilgrims and to safely and quickly guide them to the Jamarat.

Pilgrims who threw stones at the Jamarat on the first and second days of Tashreeq (the days that follow the Eid day) need not repeat the ritual on the third day provided that they leave Mina before sunset.

On the third day of Tahsreeq, the remaining pilgrims will stone the Jamarat before heading to Makkah to perform prayers at the Grand Mosque.