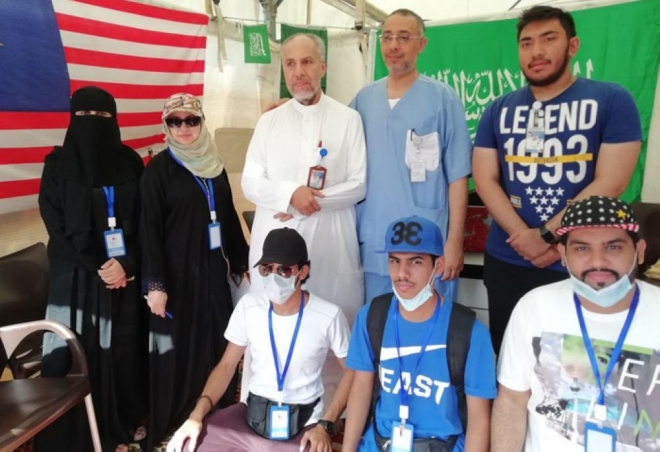 MAKKAH — The annual pilgrimage of Haj 2018 saw successful implementation of the first phase of an experimental initiative of “Green Haj.” The initiative, titled “Haj Without plastics” was carried out at a section of pilgrims’ tents in Mina and this initiative will be expanded further during the next Haj, according to Dr. Majida Abu Ras, supervisor of the initiative.

She said the initiative was launched with the support of Prince Abdullah Bin Bandar, deputy emir of Makkah. Prince Abdullah constituted a working team to follow up implementation of the initiative, which is aimed at making aware of pilgrims about protection of environment and make it a part of the culture of their life.

Thousands of cleaners participated in the initiative that included separating plastic from other rubbish as more than two million pilgrims wrapped up their pilgrimage. It is part of an initiative to reduce the environmental pollution during Haj. The initiative covered 16 selected tents, with 108 officials and cleaners assigned to each tent. About 25 researchers and five voluntary supervisors also joined them.

The teams have begun to implement plans to turn “green”, cutting back on waste and encouraging pilgrims to do their part. Workers in bright green vests made their way across the streets and alleys, picking up soda cans and plastic water bottles as pilgrims pack their belongings to return home.

Signboards encouraging pilgrims to sort their waste could be seen across the camps along with signs reading “Sadaqah, not litter” and these signs were in the language of the pilgrims who were staying in the respective tents. Questionnaires about the initiative in languages such as Arabic, English, Indonesian Bahasa and Malay were distributed among the pilgrims. Dr. Majida said that the initiative, in the long run, targeted finding working solutions for waste management at the holy sites and taking advantage of its recycling with creating job opportunities for young Saudis.