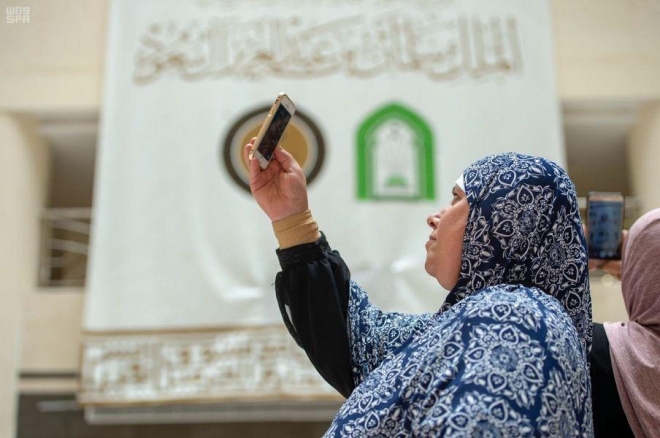 Sabiha Mahmoud Mohammad was among several pilgrims who benefited from king Salman’s Hajj Guests Program, supervised by the Ministry of Islamic Affairs, Call and Guidance.

She received medical treatment upon her arrival to perform Hajj, including dialysis sessions at the kingdom’s hospitals, in Makkah and Madinah.

The Saudi King previously ordered the hosting of 1,000 pilgrims from the families of martyrs of the Egyptian Armed Forces and police.

Her medical treatment was organized following coordination efforts from the Egyptian Defense Ministry and the Hajj Guests program over her health situation to ensure she performed Hajj in ease.

Staff at the Hajj Guests program informed her upon arrival that she would complete her Hajj tasks and undergo scheduled dialysis sessions normally.


⇐ Previous:
Caring for the pilgrims is our main message
Next: ⇒
Pilgrims stay on after Hajj to visit historical monuments, museums