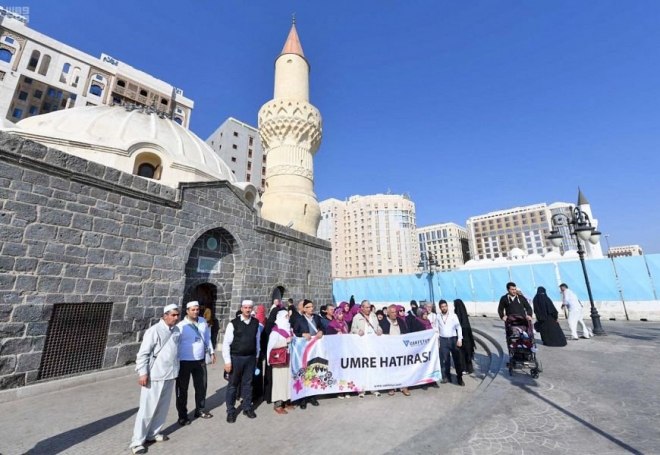 MAKKAH: Many pilgrims who are still in the Kingdom after the completion of Hajj are reportedly taking the opportunity to visit sites of historical interest in the two Holy cities of Makkah and Madinah.

Dr. Fawaz Al-Dahas, director of the Center for the History of Makkah said that such visits are of cultural significance as they enrich pilgrims’ knowledge. He stressed the need to preserve Makkah’s rich historical value, adding that tourism companies had to share that responsibility.

Researcher Saad Al-Joudi said many people — particularly researchers and students — are very interested in the history of Makkah, which is regarded as the heart of the Islamic world and visited by millions of pilgrims every year during Hajj season.

Al-Joudi noted that there are dozens of important historic sites that should be visited to fully appreciate Makkah’s cultural value, and that the companies which organize tours of such sites do so in several languages, including English, French and Urdu.

He explained the need to keep up with the expected increase in pilgrim numbers — predicted to reach 30 million by 2030 — and stressed the importance of giving these pilgrims the opportunity to learn about Makkah’s cultural heritage.

Al-Joudi said Makkah’s and Madinah’s rich histories and cultural treasures deserve to be promoted by tourist developments of the highest quality, stressing that such developments would also create new job opportunities for history and language teachers.

Al-Joudi suggested that all locations related to the Prophet’s life should be identified, preserved and developed, citing Makkah’s mountains, entry points used by Prophet Muhammad, as well as souks, libraries, and mosques as examples of sites that would be of interest to visitors.

Madinah, too, is home to several religious monuments and historic locations that are much-visited, especially during Hajj season, including Uhud Martyrs Square, which commemorates the Battle of Uhud in the third Hijri year. Seventy of the Prophet’s companions killed during the battle are buried there.

The square and its surroundings have undergone many improvements in recent years, the latest one being the development of Sayed Al-Shuhada Square which houses the Sayed Al-Shuhada Mosque, inaugurated last year and can accommodate 15,000 worshippers. It is the second-biggest mosque in Madinah after the Prophet’s Mosque.

The Mosques of Al-Jumaa, Quba, Al-Qiblatain, Al-Ijabah, Al-Ghamama, and Sayed Al-Shuhada are, according to the Saudi Press Agency, the most-visited religious landmarks in Madinah.