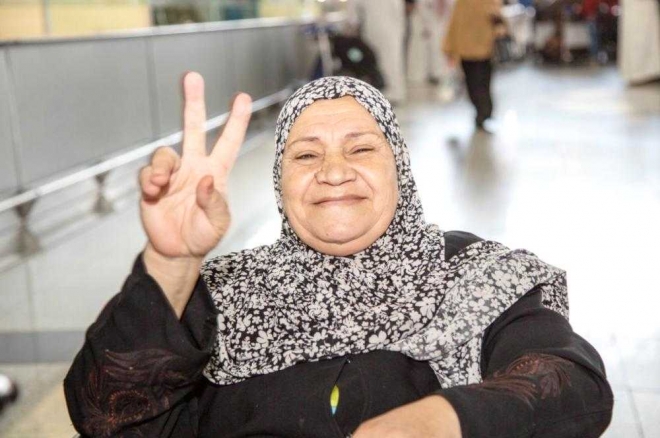 Madinah — Some 1,000 pilgrims of the Custodian of the Two Holy Mosques Guest Program for Haj and Umrah from the families of martyrs of the Egyptian army and police left Madinah for their country after performing Haj and visiting the Prophet’s Holy Mosque.

Chairman of the Committee of Pilgrims of Egypt Abdulaziz Al-Saleh said the pilgrims expressed thanks and gratitude to Custodian of the Two Holy Mosques King Salman and Crown Prince Muhammad Bin Salman, deputy premier and minister of defense, for their initiative to enable them to perform Haj. They commended the integrated services provided by the Saudi government which enabled them to perform the rituals with ease and comfort. — SPA


⇐ Previous:
Caring for the pilgrims is our main message
Next: ⇒
Angels of Arafat: How faith in oneself and others can help you sail through tough times