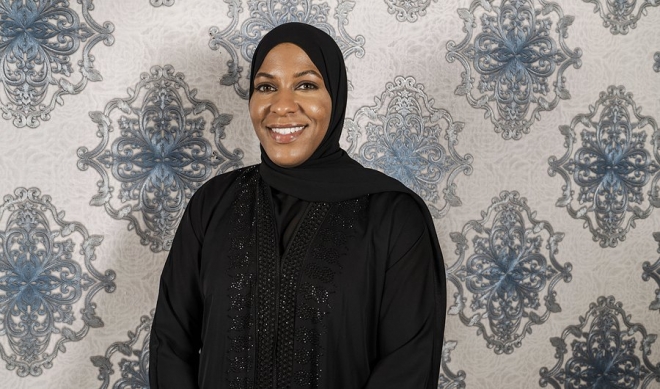 MINA: Muslim American Olympian Ibtihajj Muhammad, who performed Hajj this year, told Arab News that during her pilmgrimage one of the best experiences was seeing people from different parts of the world unite in devotion to their faith.

“It is something as a Muslim growing up and living in the US that you don’t get the opportunity to see. I feel I get that sense when I travel to the Middle East, particularly this trip to Saudi Arabia to perform Hajj — it is something I will never forget,” she said.

Ibtihajj did not know she was coming to Saudi Arabia for Hajj until about three weeks before it began. She was invited by Dar Al Islam travel agency. “I felt like it was something Allah called on me to perform Hajj and I was very excited. I was also very apprehensive and did not know what to expect; as you read and try to prepare for the journey it is more than anything you can anticipate. It feels like a blessing and I am really excited,” she said.

Ibtihajj said her visa process was easy and fast; it took one day to obtain. Her journey was long due to the fact that she traveled from Los Angeles, California and had a few flights before arriving to Saudi Arabia.

The American Olympian lauded the Kingdom's efforts for the organization of Hajj this year. “To the Kingdom of Saudi Arabia I thank you for having me; it has been a really transformative experience.” In her opinion Saudi Arabia had done a really good job to accommodate millions of people; she said that she can only imagine how difficult it is.

Ibtihajj felt that Madinah was one of the most peaceful places that she has been to during her trip to Saudi Arabia and said it was a great starting point to prepare and acclimatize to “Saudi Arabia and to prepare for Hajj itself.”

“Once I had arrived to see the Kaaba for the first time — it is something that you read about it and hear about from your parents — but to see it for the first time for yourself and to see so many pilgrims walking around it was one of the greatest sights I have ever seen. It is something that you dream of and you pray that Allah invites you, so to have the opportunity to do that was very exciting,” she said.

Ibtihajj Muhammad is a member of the US fencing team. She is best known for being the first Muslim American woman to wear a hijab while competing for the US in the Olympics. She earned bronze at the Games, becoming the first female Muslim-American athlete to earn a medal at the Olympics.


⇐ Previous:
Help boys on spiritual journey
Next: ⇒
Caring for the pilgrims is our main message