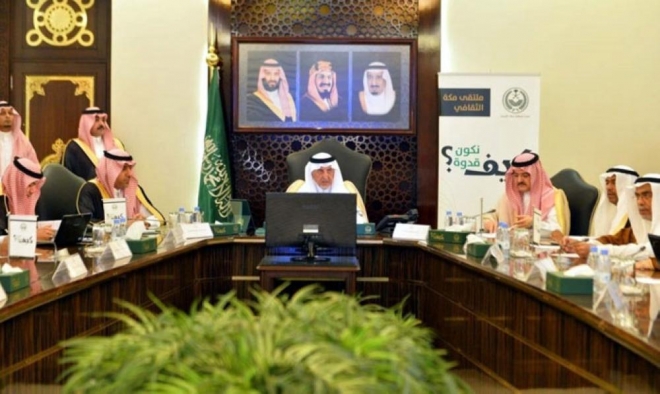 JEDDAH — Prince Khaled Al-Faisal, emir of Makkah and advisor to Custodian of the Two Holy Mosques, issued directives to constitute a coordination committee to facilitate implementation of development projects in the province and remove bottlenecks in this regard.

The committee would comprise of representatives from all service agencies in the Makkah region.

Prince Khaled presided over the meeting of senior officials from the region at the emirate office in Jeddah on Wednesday. The officials included Jeddah Governor Prince Mishal Bin Majed, mayors of Makkah, Jeddah and Taif, and directors of government departments in the region.

Addressing the meeting, Prince Khaled said that the decision to set up a coordination committee coincides with vigorous implementation of the Kingdom’s Vision 2030.

He underlined the need for joint work and coordination among all the concerned agencies so as to bring about positive impact on implementing the projects.

The committee will prepare plan for projects to be implemented on priority basis in each year. Steps will be expedited to remove the hurdles with regard to implementing stalled projects.

The emir was briefed on the current status of the stalled projects and the ways to remove the hurdles that stand in the way of implementing them. He also listened to reports of various agencies with regard to the progress of work of the ongoing development projects in the region.


⇐ Previous:
All aboard: The bus project that transformed Hajj transport in Makkah
Next: ⇒
Preparations for Haj of 2019 begin