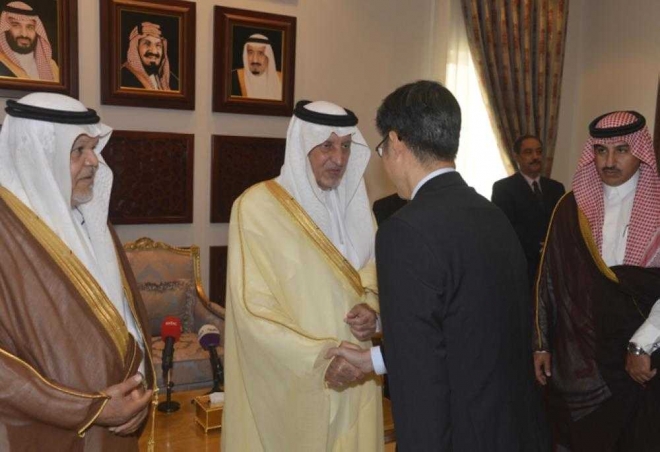 JEDDAH — Prince Khaled Al-Faisal, emir of Makkah and adviser to Custodian of the Two Holy Mosques, unveiled plans to turn Makkah and holy sites into smart sites with technology as the key element in overcoming all difficulties facing pilgrims.

He said the Royal Commission for Makkah and the Holy Sites, headed by Crown Prince Muhammad Bin Salman, will implement giant projects in Makkah and the holy sites as part of the Kingdom’s utmost keenness in serving pilgrims and making their pilgrimage more comfortable.

The emir made the remarks during a reception for the heads of consulates and Haj missions at his office in Jeddah on Sunday.

The consuls general came to greet the emir on the occasion of the successful operation of this year’s Haj.

Prince Khaled said that the commission will announce its programs to implement high-tech projects for Makkah and the holy sites in the near future.

“On behalf of Custodian of the Two Holy Mosques King Salman, Crown Prince Muhammad Bin Salman, and Minister of Interior and Chairman of the Supreme Haj Committee Prince Abdul Aziz Bin Saud Bin Naif, I thank you for making this year’s Haj a resounding,” he said.