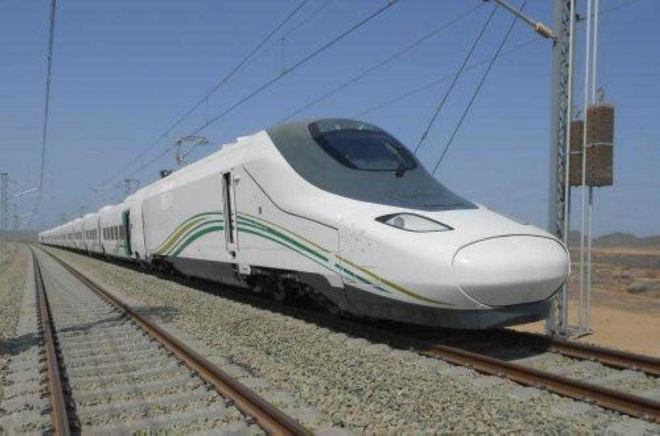 Ticket fare may be slightly increased later with the increase in the frequency to four trips between Makkah and Madinah, according to sources.

Earlier, sources announced that the Haramain high-speed train will start commercial operations on Muharram 14 (Sept. 24) between Makkah and Madinah via Jeddah and Rabigh, according to sources.

All the carriages are ready for the operation after the successful completion of trial runs.

Railway stations in Makkah, Madinah and Rabigh are fully furnished while finishing touches are being finalized in Jeddah station.

There will be eight services daily on both sides until the end of this year.

Earlier this month, Minister of Transport Nabeel Al-Amoudi inspected the preparedness of the Haramain High Speed Train between the sectors of Makkah and Jeddah.

Accompanied by Public Transport Authority Chief Rumaih Al-Rumaih and Saudi Railway Company CEO Bashar Al-Malik, he made inspection tour of the Jeddah Railway Station in Sulaimaniyah and Makkah Railway Station in Rusaifa and traveled on board the train between the two cities.