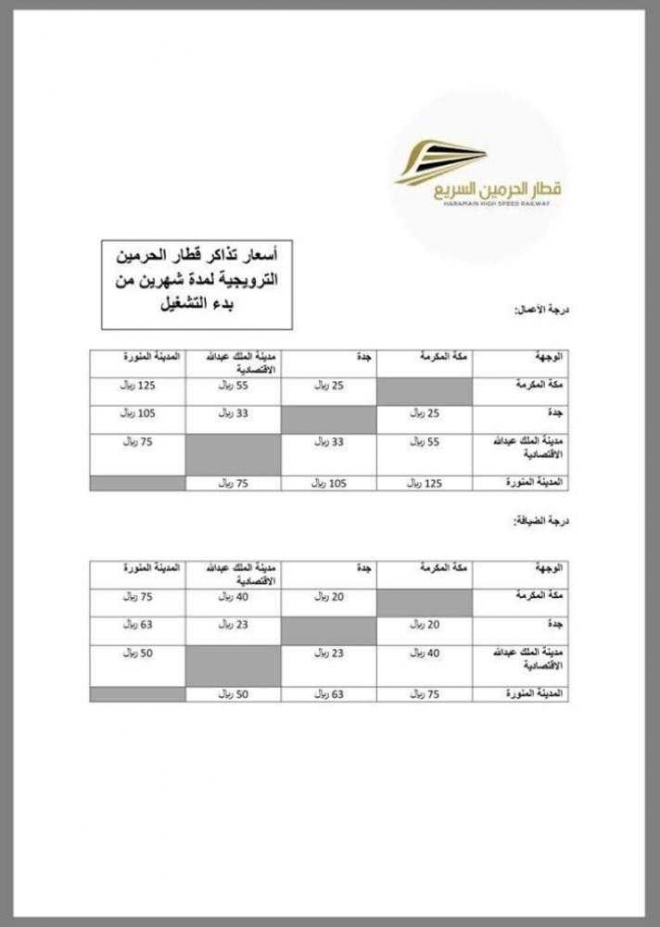 The board of directors of SRO, chaired by Minister of Transport Nabeel Al-Amoudi, has approved the ticket fares after coming to an agreement with the Saudi–Spanish consortium — Al-Shoula Group, which is the operator of the project.

Al-Rumaih said that there will be scheduled weekly trips from Makkah, Madinah, Jeddah and King Abdullah Economic City of Rabigh on Thursday, Friday, Saturday and Sunday during the period from Oct. 1 to Dec. 31. There will be eight services daily on both sides (four trips each side) in the morning and evening until the end of this year.

There will be services daily with an increased frequency from the beginning of 2019. The beginning of services from King Abdulaziz International Airport will be announced after completion of the finishing works of the station at the new airport, Al-Rumaih added.

Mohammed Fida, director general of the Haramain High Speed Train Project, said that tickets will be available from the project website from October. This will coincide with launching of a special app for booking and purchasing of tickets.

The 450 km railway, with fully electrified double tracks, is estimated to cost SR37.5 billion. The project includes trains traveling at a speed of 320 km per hour and fitted with the highly advanced equipment and devices.