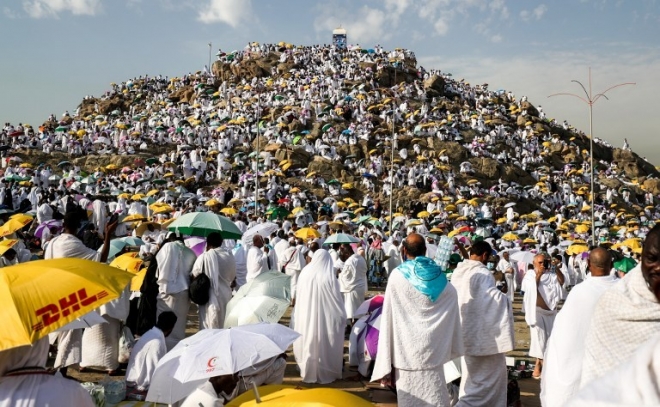 New Delhi: As the rupee slides further against the dollar in world trade, Hajj pilgrims may also not remain unaffected. They may need to pay Rs 5500 in addition to the payment they already made. According to sources, due to fall in rupee value, the Hajj Committee suffered the loss of nearly Rs. 70 Cr.

The committee is going to hold a meeting on September 24 in this connection. In the meeting, it will be decided whether to collect more money from the Hajj pilgrims to compensate the loss. Though the Hajj committee has not made any final announcement in this regard strong reactions from the pilgrims and social workers have started coming in. While the pilgrims have begun counting the hardships they faced during the pilgrimage with regard to accommodation, food and transport; on the other hand, the former member of Hajj Committee of India and senior Congress leader M Afzal said collecting the amount of loss from the pilgrims is immoral, ill-mannered, illegal and uncalled for.

Due to continuous fall in rupee value against the dollar, the Hajj Committee of India has suffered a loss of over 73 crore rupees. When the pilgrims had deposited Rs 81000 in advance, the rupee was trading at 65 to a dollar, now it is at 72.49 to a dollar.