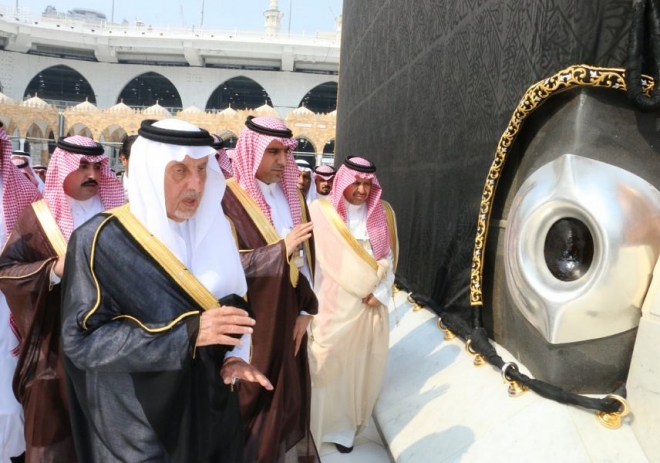 DUBAI: On behalf of King Salman, the governor of Makkah province, Prince Khalid Al-Faisal oversaw the washing of the holy Kaaba on Tuesday.

The Kaaba was washing from the inside with Zamzam water mixed with rose water and wipe down with a cloth.

After the Kaaba washing ceremony, the prince toured the Grand Mosque.


⇐ Previous:
Indonesia very important market for luxury hotels in Mecca
Next: ⇒
Hajj 2018 pilgrims will have to shell out another Rs 5600 – The Siasat Daily