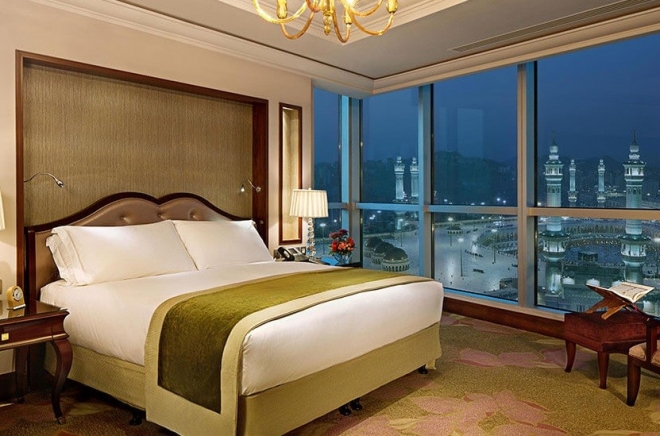 As the largest Muslim country in the world by population, Indonesia serves as a very important market for the hospitality sector in Saudi Arabia.

"Indonesia is generally a very important market for the whole of Saudi Arabia; it represents over 900,000 visitors every year -- [measured by] the number of visas that have been issued to Indonesians. The number hasn't reached the millions yet but hopefully, it will soon -- this is our target," said Alaaedin Saleh, the managing director for AccorHotels Makkah Complex, at an event in Jakarta on Wednesday.

The country reportedly hosted up to 220,000 Indonesian pilgrims in 2017. Meanwhile AccorHotels Makkah Complex, which offers over 5,500 guestrooms through its five upscale brands that boasts close proximity to the sacred Masjid Al-Haram -- Raffles Makkah Palace; Makkah Clock Royal Tower, A Fairmont Hotel; Swissôtel Al Maqam Makkah; Swissôtel Makkah; and Pullman Zam Zam Makkah -- is said to have had 72,000 of its rooms booked by Indonesian pilgrims that same year.

"Indonesia represents a lot as a market for our hotels, which caters to the luxury and upscale segment," said Saleh.

As those staying at the complex are umrah (minor haj) and haj travelers, Saleh said most of the Indonesian guests' utilized travel packages from travel agency services, which include transportation, accommodation and food.

"They prefer packages, as it's a long trip between Mecca and Medina. Most of the agencies offer leisure excursions after umrah, where guests can spend some time in Mecca and Medina and then visit Istanbul, Egypt or Europe, depending on their budget," said Saleh.

Other than expanding and extending its collaboration with travel and tourism companies in Indonesia, AccorHotels also strives to better its service for Indonesian guests.

"Each country has its own demand. Food, for instance, is very important, especially breakfast. Hence at least 20 percent of our hotels' staff must represent Indonesia -- Asians in general, but mainly Indonesia. Because cuisine is very important [for Indonesians]; and [the variety] is very wide," said Saleh, adding that the complex even has cooks from different parts of Indonesia to fully cater for guests.