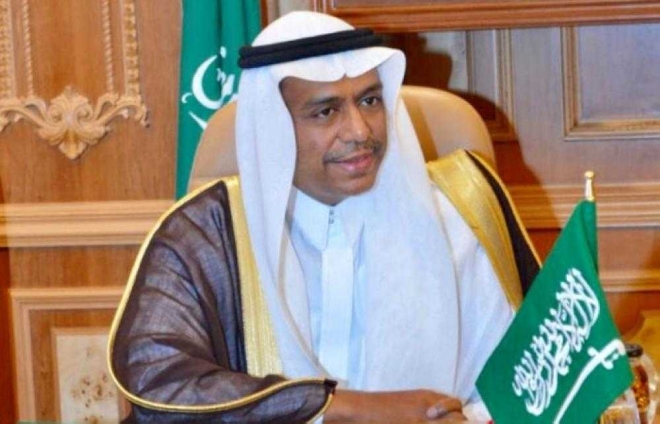 JEDDAH — Muslims across the globe intending to perform the Haj can expect a greatly improved user experience under a slew of initiatives being rolled out by Saudi Arabia as part of its Vision 2030.

These include expansion of packed meals in a phased manner and the use of the latest technology to facilitate easy and fast movement of pilgrims during their pilgrimage starting from arrival to departure.

Utilization of technology to serve the guests of Allah is a principal strategy of the Ministry of Haj and Umrah, said Deputy Minister for Haj and Umrah Abdulfattah Sulaiman Mashat.

Speaking to Saudi Gazette, Mashat said the unified data system was utilized to provide services to the pilgrims. Earlier every entity was using its own information for pilgrims but a common data system was introduced by the ministry starting this year’s Haj.

He said Manasikna, the Haj app of the ministry in eight different languages, was proved highly helpful to the pilgrims during their stay in Kingdom.

“Supplying hygienic and nutritious food to visiting pilgrims will be one of the priority areas as the ministry focuses its attention to further enhance the health and safety of the guests of God. We want to expand the packed meals service to more number of pilgrims in next year’s Haj,” said the deputy minister.

Mashat remarked that supplying food according to the tastes of different ethnic pilgrims from around the globe was not an easy task and therefore the Kingdom would be expanding the service proportion in a gradual manner to cover all pilgrims.

“All personnel belonging to the Haj and Umrah Ministry also used the pre-packed food this year,” he said.

During this year’s Haj 15 percent of pilgrims were supplied with pre-packed and sterilized meals with a wide range of cuisines. “This percentage will be increased in next Haj,” the official said.

When asked about complaints from certain pilgrims that the supplied food was not warm, the deputy minister said they were aware of it and took note of the complaints.

Mashat said the ministry was restructuring the process of the arrival of pilgrims from abroad through the Smart Haj initiative where the time for processing baggage, immigration and transfers would be drastically reduced.

The implementation of Makkah Road Initiative and Proof of Concept (POC) system for pre-clearance at the point of departure in Indonesia and Malaysia was successful and there are plans to expand the project to other parts of the world, he added.

The POC system enables immigration checks in home countries at the time of departure, instead of the Saudi airports upon arrival.


⇐ Previous:
Hajj 2018 pilgrims will have to shell out another Rs 5600 – The Siasat Daily
Next: ⇒
Makkah to Madinah in 90 minutes