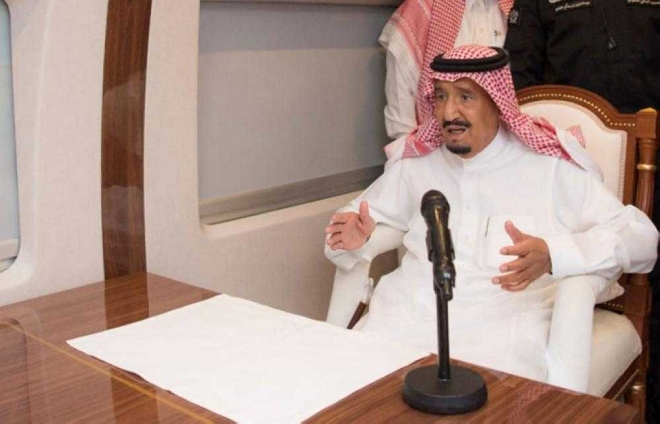 Jeddah — “On Allah we rely and we pray to Allah to grant us success. Thanks to Allah our country is witnessing growth and prosperity in all fields. We thank Allah for the bounties with which the Kingdom has been blessed.”

With these words Custodian of the Two Holy Mosques King Salman announced the commercial launch of the Haramain Express Train at a ceremony here on Tuesday.

The King boarded the train at Jeddah station to travel to Madinah region.

Minister of Transport Dr. Nabil Al-Amoudi said Allah honored the Kingdom to serve pilgrims. He said the King issued directives to serve pilgrims with full potential including providing the basic transport services in line with Vision 2030.

He said the Haramain Express Train project is in line with the objective of Vision 2030, the main goal of which is to increase multifold the number of pilgrims and visitors to the Two Holy Mosques.

This is the biggest electric speed train project in the Mideast.

The train with a speed of 300 kph will cover a distance of 450 km linking five stations: Makkah, Jeddah, King Abdul Aziz International Airport in Jeddah, Rabigh and Madinah.