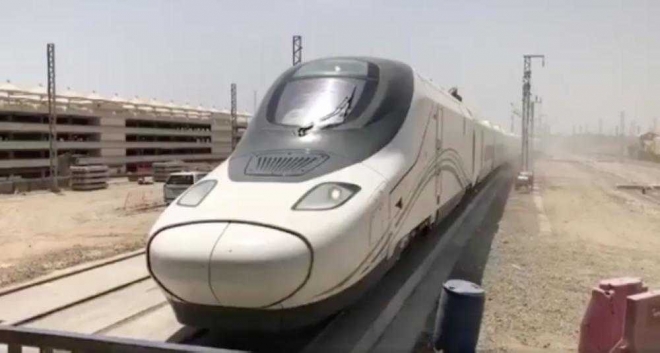 Public Transport Authority Chief and Acting President of the Saudi Railways Organization (SRO) Rumaih Al-Rumaih announced that the authority approved the operation plan presented by the Saudi–Spanish consortium — Al-Shoula Group, which is the operator of the project, the Saudi Press Agency reported.

Custodian of the Two Holy Mosques King Salman inaugurated the Haramain Express Train on Sept. 25. The King traveled to Madinah on board the train after inaugurating the train service at Jeddah station.

Passengers can contact the special customer service number (92000 4433) for queries about the timing of trips and ticket fares.

There are ticket reservation and purchase facilities at the railway stations in Makkah, Madinah, Jeddah and Rabigh.

This will also coincide with the launching of a special app for booking and purchasing of tickets.

In the beginning, there will be scheduled weekly trips from Makkah, Madinah, Jeddah and King Abdullah Economic City of Rabigh on Thursday, Friday, Saturday and Sunday. There will be eight services daily on both sides (four trips each side) in the morning and evening.

There will be a discount of 50 percent in ticket fares for an initial period of two months from Oct. 11.

One-way tourist class train ticket fare from Sulaimaniyah station in Jeddah to Makkah will be SR20 while business class ticket will cost SR25.

The ticket fare for tourist class between Makkah and Madinah is SR75 while the business class will cost SR125.

The tourist class ticket will cost SR63 between Jeddah and Madinah while the business class fare is SR105.

The fare from Rabigh to Madinah will be SR50 for tourist class and SR75 for business class.