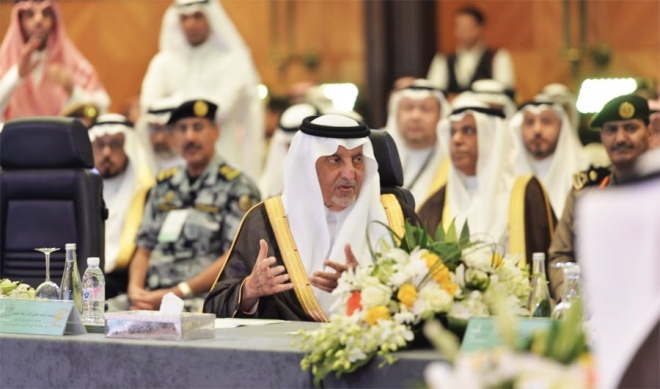 JEDDAH: Makkah Gov. Prince Khaled Al-Faisal, who is also the chairman of the Central Hajj Committee, inaugurated the Hajj workshop on Monday.

The aim of the workshop is to prepare for the next Hajj season. Minister of Hajj and Umrah Dr. Mohammed Bentin, Undersecretary for Makkah region Hisham bin Abdulrahman Al-Faleh and a number of directors of government and private sector departments attended the event.

The Makkah governor extended thanks and appreciation to King Salman and crown prince for their direct supervision of all services to facilitate Hajj pilgrims.

Al-Faisal praised the success of the last year’s Hajj and gave the credit to King Salman’s government and to all relevant authorities.

Al-Faleh said the workshop covered five themes: Transport, housing, subsistence, services and facilities, and reception and departure, along with 20 other topics. More than 200 experts from 50 Hajj-related authorities are taking part in the workshop.

Al-Faleh said the workshops were organized in accordance with the directives of the Makkah governor and his deputy to find ways to provide the best services to pilgrims.