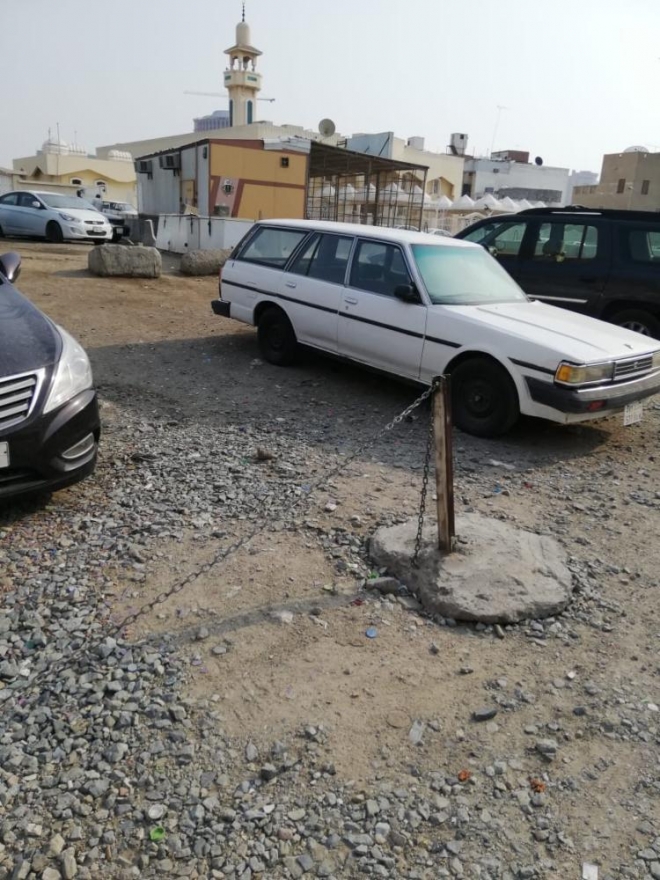 MAKKAH — The residents of undeveloped districts of Makkah face the daily struggle of finding a parking spot and often end up in fights with their neighbors.

Because of the narrow roads and a lack of empty space where people can park, finding a parking in these neighborhood is quite a headache for the residents. This drove some residents to reserve parking spaces for themselves using iron chains, which is illegal anyway and causing tensions between neighbors.

Residents called on the Makkah Municipality and the Department of Traffic to take care of the problem and hold violators accountable.

Abdulraheem Hawsawi, a resident of one such neighborhood, said this issue prevents residents from accessing their homes as the narrow streets have large numbers of cars parts on either side. This forced many of them to find parking space elsewhere on the side of main roads, far away empty plots and under the towers. He explained that many people have secured parking spaces with iron chains and locks in order to prevent others from using them.

“This is public land and no one has the right to do that,” Hawsawi said.

He is surprised by the claim that those who come first will be the first to take it. He added that the fights between neighbors have become common and continue on a daily bases during the search for parking space.

Hisham Abdulaziz, another resident, criticized the unnecessary conflicts in neighborhoods such as Al-Nakasa, Al-Tandabawi, Al-Sistan Al-Mansour, Al-Kahl and others. He called to put an end to aggression in public places.

Abdduali Abdullah, Saudi citizen, proposed the idea of converting the empty plots into public parking or rent them out at nominal fees. On the other hand, spokesman for the Makkah municipality, Raed Samarkandi, said, “Anyone who commits violations must be reported to the nearest municipality branch in order to take legal action against them.”