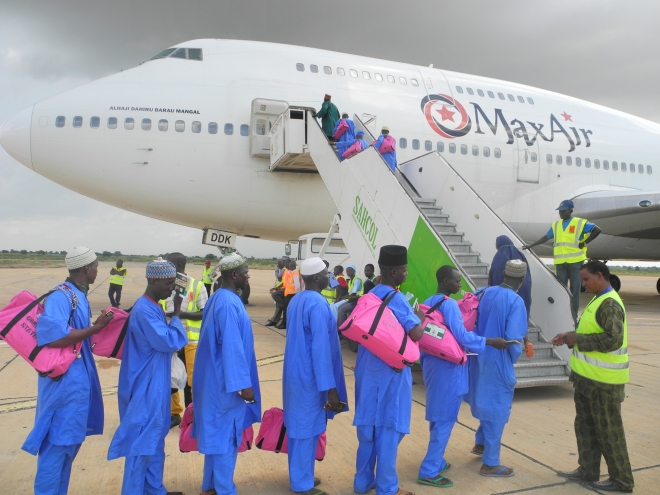 An ad hoc committee of the senate has alleged that the National Hajj Commission (NAHCON) extorts Muslims who go on pilgrimage to Saudi Arabia.

Presenting a report during plenary on Thursday, Adamu Aliero, chairman of the committee, accused NAHCON of “over bloated” charges.

Aliero said his committee discovered that the commission’s procurement processes were in not in line with the public procurement act.

He said NAHCON deals with directly with the Saudi authorities without recourse to the foreign affairs ministry.

“The committee observed that the commission’s procurement processes on the annual hajj operations were marred by many contraventions and infractions as it flagrantly breached the 1999 constitution of Nigeria, the public procurement act 2007, and the federal government’s financial rule and regulations in the conduct of its role as mere regulator of Hajj operations,” he said.

“Similarly, it was also observed that under the normal circumstances, Saudi Arabian authorities recognise two institutions as far as Hajj is concerned: the Foreign Affairs Ministry and the (Nigerian) Civil Aviation Authority.

“The foreign affairs ministry’s recognition was based on the international laws under the Vienna Convention on Consular Matters. The role of hajj commission is limited to national issues.

“In fact, the committee has realised that the Nigerian consular-general in Saudi Arabia has been turned into an employee of NAHCON. This explains why there is a conflict of interest in almost all the offshore transactions engaged by NAHCON.”

Citing an example of one of the alleged irregularities, Aliero said: “For instance in 2017, offshore charges such as administrative fee, Hajj development levy, yellow card and registration forms paid to NAHCON by the 75,000 Nigerian pilgrims that went through the States Pilgrim Welfare Board amounted to N712,500,000.

He said the commission spends the revenues it generates without following the law.

Although the senate committee had urged the Economic and Financial Crimes Commission (EFCC) to wade into the matter, Ike Ekweremadu, deputy senate president, described the allegations as “weighty”.

He said the report should be carefully studied by the senators so that meaningful contributions will be made by the lawmakers when debate on it resumes.


⇐ Previous:
No Umrah tax waiver for Pakistan yet
Next: ⇒
Adverse weather and rain due to affect many areas in Saudi Arabia