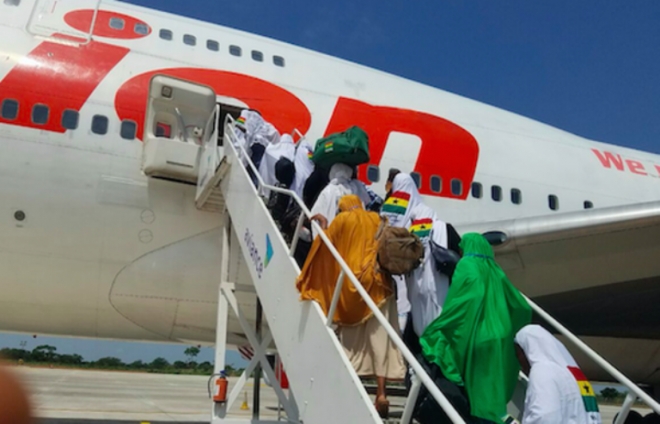 The leadership of the Ghana Hajj Agents Association has commended the Sheikh I .C Quaye led Board for the successful execution of 2018 Hajj pilgrimage to Saudi Arabia.

The association's commendation comes after Dr. Abdul Rahaman Malik, Vice Chairman of 'Muassassh', the highest authority for the organisation of Hajj in Mecca ranked the Ghanaian pilgrims as the best organised and disciplined pilgrims during the 2018 rites in the holy city.

In an exclusive separate interviews with this reporter, the chairman of the Ghana Hajj Agents Association, Alhaji Issa Umar Suleimana mentioned that in his 32 years work experience as a Hajj Agent, 2018 is the most successful ever organised pilgrimage Ghana has witnessed.

He attributed it to the proactive manner the Board and staff went about their duties before, during and after the journey, no pilgrim ever complained of a missing luggage.

"No single passenger or pilgrim complained of a missing luggage. All pilgrims were able to take their bags on arrival at the Hajj Village same day, same night", he said.

According to Umar Suleimana, for the first time in the history of Hajj pilgrimage, pilgrims passports were handed over to their respective agents a week before embarking on the holy journey.

Additionally, Alhaji Suleimana pointed out that for the first time in Hajj operations agents were given the opportunity to inspect and certify all Hotel accommodation in Saudi before the pilgrimage.

He attributed the successful story of 2018 Hajj operations to the listening ability of the Board to collaborate fully with the agents and all stakeholders involved in the Hajj Operations.

He, therefore, appealed to the Board to consider to distribute all the approved Hajj bags to pilgrims right in Ghana before they emplane to Saudi Arabia in the next and subsequent hajj pilgrimages.

According to him, distribution of the two 23 kilograms approved bags in Ghana, will minimize the incidence of unauthorised products being transported to the holy city.

He advised that as a matter of policy, the Ghana Hajj Board should assign each agent a specific hotel for the number of pilgrims he or she facilitated to Mecca so that perennial problems of Ghanaians resident in Saudi occupying beds ment for Pilgrims will be a thing of the past.

On his part, the Vice Chairman of the Association Alhaji Alhassan Zakaria, pointed out that the attitude of timelines clearly set out to pilgrims to make final payment for their trip by the IC Quaye led Board worked perfectly.

He admitted that in his 27 years Hajj operations as an agent, he has never seen a proactive leadership steering the affairs of Hajj like that of this year.

Alhassan Zakaria told this reporter that as an agent he has learned many lessons with the current crop of Hajj leadership as people of integrity and who know their stuffs and he can say their respect for the agents is par excellent.

He revealed that as a result of improved organisational system, over 92% of his clients were able to make up to the Hajj in 2018.

He was optimistic that moving forward, future Hajj will see greater improvement since most of the difficulties experienced by some pilgrims would be eliminated.

Alhaji Alhassan Zakaria called for total support into the activities of Hajj, agents and the pilgrims to find lasting solution to Hajj operations.

Over a decade Hajj operations in Ghana has witnessed a very difficult moments as some paid up pilgrims go through countless problems before, during and after embarking on a journey of a life time as a Muslim.

The status quo is changed as the new crop of the leadership led by Sheikh I .C Quaye has the zeal to improve upon the operations of Hajj in Ghana year after year.