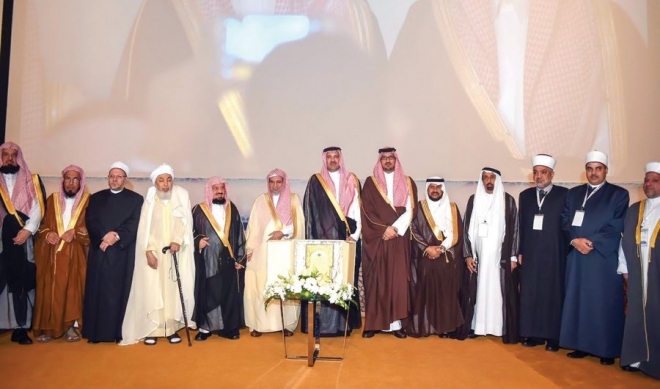 The five-day event is being held in collaboration with the Islamic University in Madinah under the patronage of King Salman. It serves as a platform for religious scholars and researchers to present their research and studies based on the Qur’an and the Sunnah.

Based on the research findings, scholars will suggest ways to eradicate social and economic issues facing the Muslim world.

The aim of the event is to promote the true understanding of Islam and its tolerant nature. The conference will also highlight the role of scholars in educating the masses and in enlightening the Islamic world.

Several officials and academics told the Saudi Press Agency that the Islamic Shariah has the ability to achieve social harmony and human happiness. The Shariah, they added, has the solution to all human problems. However, they stressed the need to refer to authentic religious sources to find those solutions.